The judges had quoted an Supreme Court Order delivered in 1995 where it was ruled that the Article 21, includes the "Right to Dignity" and "Right to fair treatment" of a dead body also. 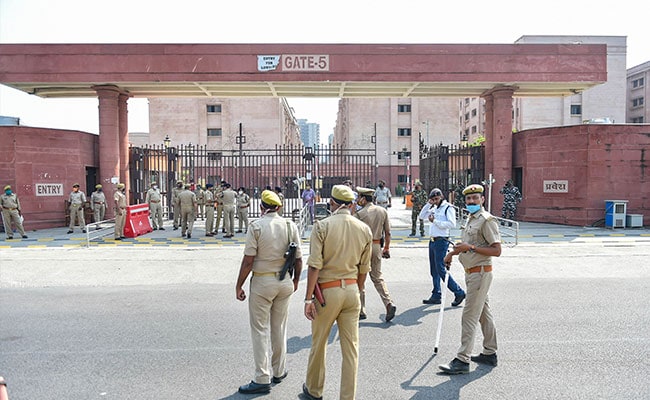 The Lucknow bench of the Allahabad High Court -- which is hearing the account of the government and the family of the 20-year-old who died last month after brutal torture and alleged gangrape -- is likely to focus on three aspects of the matter, sources have said.  The court had taken note of the matter suo motu on October 1, saying it was of "immense public importance" and summoned a battery of officials from the state government and the police.

First, whether there was a violation of the fundamental and human rights provided by the Article 21 and 25 of the Constitution of India.

Secondly -- whether the police, while conducting their 2 am forcible cremation while locking up the family, follow all the Hindu rituals.

The woman's family had objected to the night-time cremation saying it was not allowed under the religious codes. They had also wanted to bring the woman home and give her last rites, which was not allowed by the police.

Finally, the court intends to determine whether this was done by the state authorities "oppressively", "high-handedly" and "illegally", sources said. If the court finds an affirmative answer, and violations too place on other counts too, the judges will fix responsibility and take action against the guilty.

While taking up the issue suo motu on October 1, the court said the matter is of "immense public importance and public interest as it involves allegation of high-handedness by the state authorities, resulting in violation of basic human and fundamental rights not only of the deceased victim but also her family members".

The woman was treated with "extreme brutality by the perpetrators of the crime and what is alleged to have happened thereafter, if true, amounts to perpetuating the misery of the family and rubbing salt in their wounds," the court said.

In this context, the judges quoted a Supreme Court Order delivered in 1995 where it was ruled that the Article 21 of the Constitution which gives "Right to life", includes the "Right to Dignity" and "Right to fair treatment" of a dead body also.

In its order, the High Court quoted Mahatma Gandhi and Oscar Wilde to emphasize its point.

Perturbed by the reports of the forcible cremation, the court quoted the British playwright: "Death must be so beautiful. To lie in the soft brown earth, with the grasses waving above one's head, and listen to silence. To have no yesterday, and no to-morrow. To forget time, to forget life, to be at peace."

The woman, a member of the Scheduled Castes, had died at a Delhi hospital on September 29 after fighting for her life for two weeks.  Half strangled, bearing multiple fractures, naked, bleeding and paralysed, she was left for dead in a field by her so-called upper caste attackers on September 14.

The men accused in the case have denied all allegations. The forensic reports of the case -- for which the samples were collected days after the alleged event -- have negated rape.

The brutality of the attack and the subsequent police handling of the case has shocked the country and evoked widespread outrage. The Congress has been on the forefront of the attack on Yogi Adityanath government, and has demanded that he resign his post.