The one-minute video of the father emerged on a day when Congress leaders Rahul Gandhi and Priyanka Gandhi Vadra plan to visit Hathras to meet the woman's family. 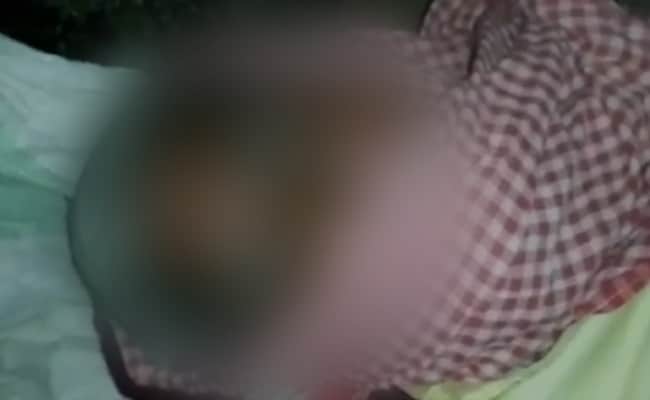 Hathras Gang Rape: The father of the 20-year-old woman has called for CBI probe in the case.

Amid outrage over the gang rape and death of a young woman in Uttar Pradesh's Hathras, a video of her father has emerged in which he is seen alleging cover-up and pressure on his family against speaking on the case. The family, the father is heard saying, was not satisfied with the police investigations and wants the Central Bureau of Investigation or CBI to investigate the case.

"We are not satisfied with the investigations. We want the case to be handed over to the CBI. Now the whole family is under house arrest. Even media persons are not being allowed to meet us," he is heard saying in the video which has been widely shared on social media.

The one-minute video of the father emerged on a day when Congress leaders Rahul Gandhi and Priyanka Gandhi Vadra plan to visit Hathras to meet the woman's family.

"Injustice is being done on injustice," Ms Vadra reacted to the video, which she shared on her Twitter handle. "Listen to the statement of the father of the daughter of Hathras. They were taken forcibly. They are not satisfied with the investigation. Now the whole family is under house arrest. Talking is forbidden. Does the government want to silence them by threatening them? Injustice is being done on injustice, the Congress leader tweeted in Hindi.

The administration has banned large gatherings and have sealed the border with Delhi citing the coronavirus. Since morning, the media has been barred from the woman's village. A senior official claimed several policemen had shown Covid symptoms.

The 20-year-old woman, who was also a member of the Scheduled Castes, was attacked on September 19 when she had gone to cut grass for fodder. Her assailants had left her in the in the fields half strangled, bearing multiple fractures, tongue gashed, naked, bleeding and paralysed. The woman later died at a hospital in Delhi on Tuesday after fighting for her life for two weeks.

Her body was cremated by the Uttar Pradesh police in the middle of the night. Her family was kept locked up and not given a chance to bring her home for the last time and give her last rites.

The Yogi Adityanath government has been under huge criticism over the case with Congress President Sonia Gandhi saying that the woman was "killed by a ruthless government" that was trying to "hush up the matter". There is also growing public anger over the issue.