Cops Move Father, Brother Of Woman Gang-Raped In UP From Delhi Hospital

Visuals from the hospital exterior show hundreds of people gathered around a black Scorpio SUV with UP number plates, into which the woman's family are apparently being forced

The father and brother of the 20-year-old woman who was gang-raped and tortured in Uttar Pradesh's Hathras two weeks ago, have been taken away by the cops - in a police vehicle, a black Scorpio with UP plates - after protesting outside the Delhi hospital in which she died on Tuesdaymorning.

They had demanded to be told of the location of her body and called for justice for their daughter and sister. They eventually agreed to leave after being assured her body would be handed over.

The police have not, however, disclosed the body's location. According to woman's uncle, the body has been transported to Hathras.

Earlier, visuals from the hospital exterior showed hundreds gathered around the Scorpio and heated exchanges between some of the protesters and cops. The family had claimed then that they were being forced to return to Hathras while the authorities tried to dispose of the body in secret.

The cops had managed to force the father into the car, but her brother refused and continued his protests. Later visuals showed the father too had exited the car.

The visuals from the hospital showed a lot of confusion and ruckus, making it difficult to identify protesters among the crowd and how they may or may not be behaving. 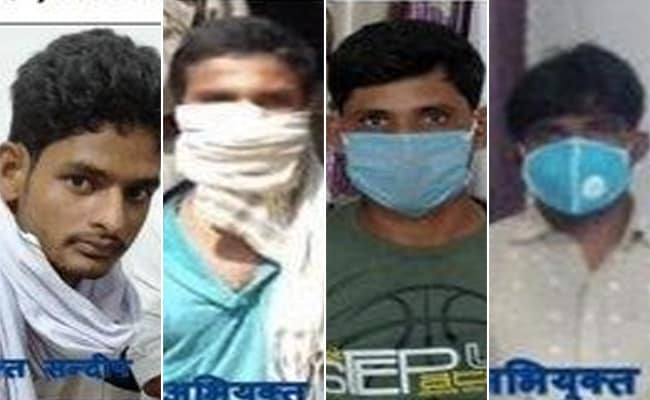 Hathras: All four attackers, upper caste men from the woman's village, are in jail

The young woman suffered multiple fractures, paralysis and a deep gash in her tongue in a savage assault compared by many to the 2012 Nirbhaya gang-rape.

News of her death had led to the start of the protests, with the Bhim Army of Chandrashekhar Azad blocking roads for 10-15 minutes as protesters chanted "hang the rapists". .

All four attackers, upper caste men from the woman's village, are in jail. They will now also be charged with murder.

The woman was attacked on September 14 at her village in Hathras, some 200 km from Delhi.

In her statement, she said she had been dragged by her dupatta into the fields from a spot where she had been cutting grass with her mother and brother. 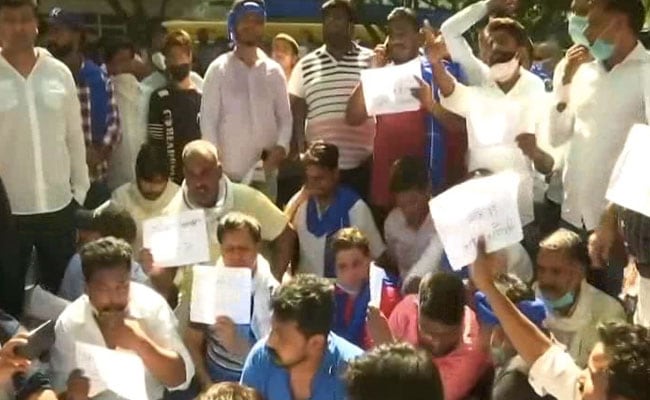 When the family searched, they found her in the fields, naked and bleeding, with horrific injuries.

"They had raped her. The police did not help us initially... they did not take quick action. They acted only after four-five days," one of the woman's brothers told NDTV.

The UP police is under scrutiny over alleged lapses throughout the case. They initially registered an attempted murder case but added rape charges only after the woman's formal statement.

They have denied the family's allegation of slow response.

"This is a very unfortunate incident but we have been proactive in making arrests and helping the family in whatever manner possible. I will personally ensure swift investigation and that these men are tried in a fast track court," Hathras police chief Vikrant Vir told NDTV on Sunday.