In Haryana, Many Defections Ahead Of Polls, Most Join BJP

Haryana Elections 2019: Five legislators of the Indian National Lok Dal (INLD), four of whom switched sides by joining the JJP, were disqualified last month as members of the Haryana Assembly under the anti-defection law by Speaker Kanwar Pal. 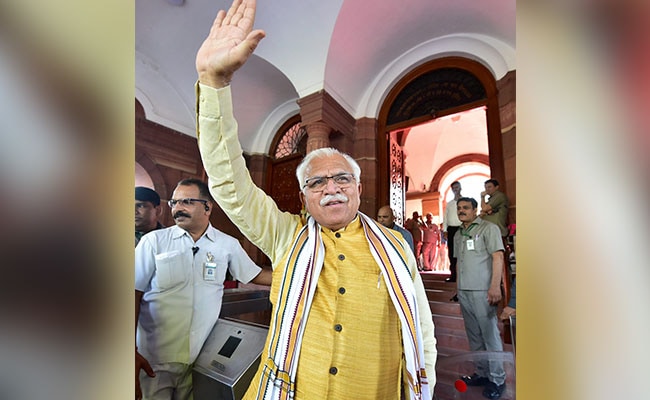 Haryana, infamous as the land of turncoat politicians, continues to be a fertile ground for them with many shifting their decades-old loyalties just ahead of the upcoming assembly polls.

The ruling BJP has been the first choice for ''Aaya Ram Gaya Ram'' politicians while the Congress and the Jannayak Janta Party too has managed to attract a few.

The term ''Aaya Ram Gaya Ram'' is said to have originated when a legislator from Haryana, Gaya Lal, changed his political loyalty thrice in a matter of days in 1967, barely a year after Haryana was carved out as a separate state on November 1, 1966.

A few of the turncoats, who were sitting MLAs, also had to face disqualification.

Five legislators of the Indian National Lok Dal (INLD), four of whom switched sides by joining the JJP, were disqualified last month as members of the Haryana Assembly under the anti-defection law by Speaker Kanwar Pal.

Those disqualified were Naina Singh Chautala, wife of jailed leader Ajay Singh Chautala, Rajdeep Phogat, Pirthi Singh and Anoop Dhanak, all of whom joined the JJP while another legislator Naseem Ahmad first switched over to the Congress and later came to the BJP fold.

All were disqualified under the anti-defection law after petitions were filed before the Speaker by INLD leaders Abhay Singh Chautala and Balwan Singh.

With INLD going through rough times ever since its vertical split last year after a feud in the Chautala family, desertions have hit the party the most ahead of the October 21 assembly polls.

Majority of the legislators of former Chief Minister Om Prakash Chautala-led party have switched over to the BJP, prominent among them being Parminder Dhull, Naseem Ahmad, Ranbir Gangwa and Zakir Hussain, all of whom were rewarded with tickets to fight the assembly polls.

All these politicians were senior leaders of the party.

The only MLA of the Shiromani Akali Dal, Balkaur ditched SAD to join the BJP, barely days before the upcoming polls.

Despite BJP ally SAD raising strong objection to his joining, Balkaur Singh was rewarded with a ticket by the BJP from his Kalanwali reserved seat in Sirsa district.

INLD's vice president and its former state unit chief Ashok Arora also snapped his decades-old loyalty with his parent party and joined the Congress and was given ticket from Thanesar.

Four of the five independent MLAs of the outgoing assembly also shifted their loyalties to the BJP while Independent MLA Jai Prakash, a former MP from the Congress, returned to his earlier party.

Those who joined the BJP had earlier maintained that they joined "unconditionally" and had said that they were impressed with the development work undertaken by the Narendra Modi and ML Khattar governments.

Those joining the Congress and other outfits had claimed that the state government had failed on all fronts.