Haryana Passport Office Turns Away 2 Women, Says They "Seem To Be Nepali" 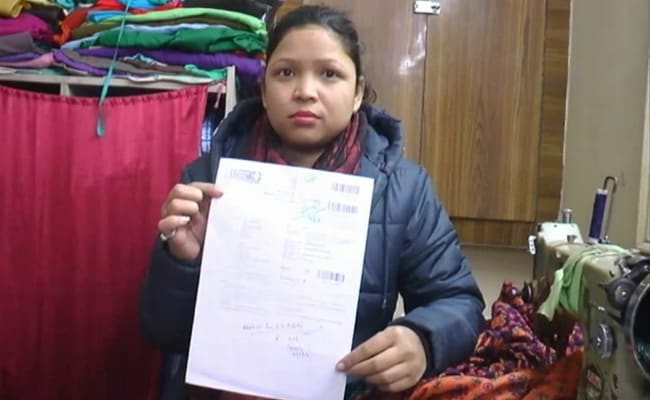 Two sisters from Haryana have alleged they were denied passports by the issuing authority in Chandigarh because they "seem to be Nepali". Heena, 26, and Santosh, 29, alleged the officers refused to listen to them despite showing all relevant documents.

The two women said the officer at the RPO (Regional Passport Office), Sahdev Kaushik, didn't see their documents properly and instead told them to approach the district commissioner for nationality documents. Santosh had given her Aadhaar number and Class 10 certificate, while her sister submitted her voter ID card and education certificates.

The passport officer, however, wrote on their documents: "Applicant seems to be Nepali". NDTV has seen the document. One of the sisters already has a passport with her.

"My grandfather had come from Nepal. My father was born and brought up in India. We met (Haryana minister) Anil Vij on December 29. Two days later, we were called at the RPO in Chandigarh," Heena said, adding the officers there told them they would get their passports within a week.

The Deputy Commissioner of Ambala, Ashok Sharma, confirmed the passport authority wrote "applicant seems to be Nepali" on their documents. "I took note of this as soon as it came to my attention. After my intervention, both the sisters were called by the passport office and now their passport will reach them very soon," Mr Sharma said, according to news agency ANI.

He said a probe will be launched into the matter.

Indian passports are issued through the network of 36 passport offices, headquarters at consular, passport and visa division (only diplomatic and official passports) and the Andaman and Nicobar Islands administration.

The government says this network has been expanded by adding 93 Passport Seva Kendras (PSKs) and 422 Post Office PSK as extended arms of the 36 passport offices.