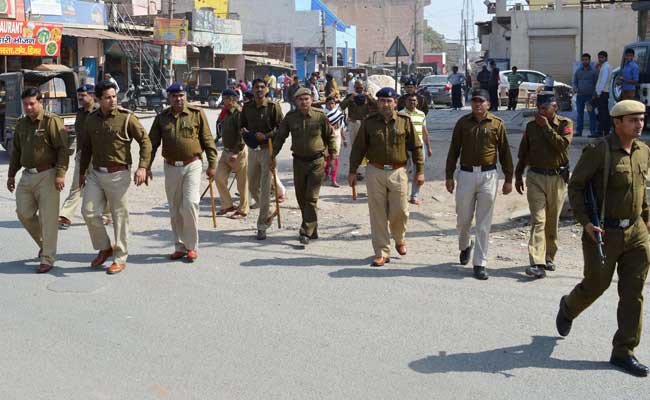 The officials recount their experiences of the period between February 18 and 24. (File Photo)

Chandigarh: The judicial officers posted in the violence-hit districts of Rohtak, Sonepat, Jhajjar, Hisar, Bhiwani during the Jat agitation for reservation in Haryana have blamed the police for failing to provide them security when their lives were at risk.

In a report submitted before the Punjab and Haryana High Court by the Haryana Legal Services Authority, the officials recount their experiences of the period between February 18 and 24.

At least 16 judicial officers from the worst-hit Rohtak have narrated their woes.

A civil judge who was living in a private house barely 100 meters from Maharishi Dayanand University campus, the epicentre of agitation has said that he had to escape from the city on a motor cycle with his one year old child and that it took him 12 hours on the motorcycle to travel a distance of 250 km to safety.

Most judicial officers reside in the revenue colony which came under threat of a violent mob. Recalling the night of February 20, a senior judge has said, "The family members of the judicial officers were so terrorised that they could not take woollen clothes with them while leaving the house to hide in a nearby park."

An Additional District and Sessions judge has written, "It is not exaggeration in saying that situation was so charged that it reminded us of the partition days as we have seen in film(s)."

A senior Sonepat judge has written that the Deputy Commissioner and SP shifted their families to safer places whereas the judicial officers and others housed in the mini secretariat were at mercy of God with no security arrangements.

Judges from Hisar and Bhiwani also recount instances which show the administration failed to provide security to the judicial complex and homes of judicial officers.