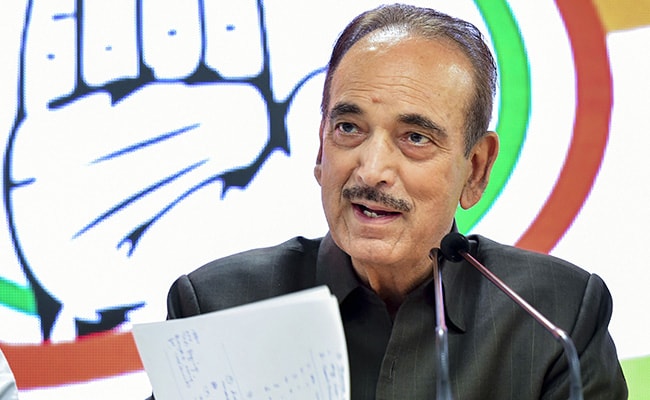 Haryana Elections: Ghulam Nabi Azad was in Chandigarh for the release of the party manifesto for

Mocking the BJP-led NDA government at the Centre, Leader of the Opposition in Rajya Sabha Ghulam Nabi Azad on Friday said the party was a "hero in publicity and zero in work".

The Congress leader was in Chandigarh for the release of the party manifesto for the October 21 Assembly polls.

"Their work is on TV but our work is on the ground. We will work for the youth, the poor, the women, the farmers and the common man," he said.

"We will provide widows, disabled, divorced and unmarried women with a pension of Rs 5,100 per month. We will also provide people of the transgender community with a Rs 5,100 pension per month and ensure their right to lead a dignified life," he said.

Mr Azad also promised to provide 50 per cent reservation for women in Panchayati Raj institutions and in the civic bodies.

"We will give 50 per cent rebate in house tax to women-owned properties," he added.