Hisar, Haryana: The veterinary and animal sciences university which conducted tests on biryani samples seized by the police in Haryana's Mewat was authorised by the state government just two days before the samples were sent to the lab.

This came to light today, a day after the Vice Chancellor of the university Maj Gen Shri Kant declared that the seven biryani samples picked up contained beef.

Speaking to NDTV at the university campus in Hisar, Maj Gen Kant also said that two other labs were under construction in Yamunanagar and Faridabad in Haryana and would have facilities to also test for beef but until then the university lab would conduct these tests.

The lab situated in the sprawling state university campus in Hisar city has been quite busy.  While its main work is to do research on virology and finding cures for animals, they have been testing increasing number of meat samples sent by the state government to check for beef. 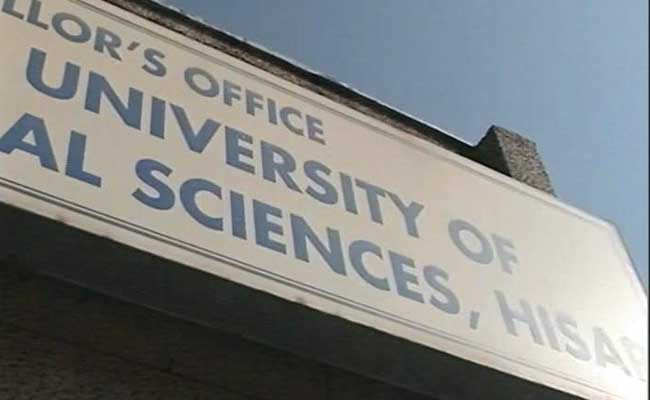 The lab used to get far less requests for beef tests earlier.

Sources have told NDTV that since May this year, the lab has already tested 24 samples of meat sent to them, including the seven biryani samples. Before that, the lab would get on one sample every month an average.

The lab, according to senior scientists working here, can test any sample of meat within a few hours with a 'Real-time PCR' technique which has been patented by the university.

The checks on biryani, days ahead of Eid festival, have astonished many who have questioned whether the police should be focusing on other crimes in the state which sees the second largest number of complaints to the police.

Promoted
Listen to the latest songs, only on JioSaavn.com
State Minister Anil Vij on Thursday justified the move, saying: "People don't need to be worried... They (police) are in charge of implementing the law. It is part of their duty to check that beef is not consumed, as it is illegal in India."