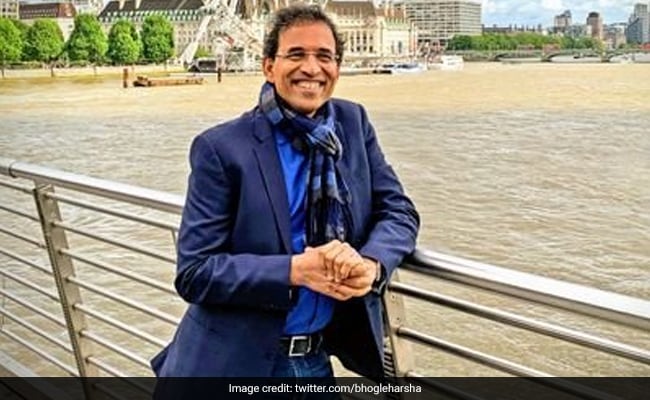 Amid protests across the country over the amended citizenship law, cricket commentator Harsha Bhogle has sent out a message to the government and has backed the youth of India.

"Winning elections isn't a good enough reason for highlighting differences between us. My naive view of the world tells me that creating opportunities through liberalisation and openness and togetherness could win more elections," Mr Bhogle wrote in a Facebook post.

"This is a great time to be a benevolent government; to think of education, of infrastructure, of technology; to remove barriers, to embrace openness, to free this beautiful generation to take India beyond where we think it can be," he wrote in the 749-word post that is being widely shared on social media.

The legendary commentator and a familiar face on TV for for decades recalled his younger days, during the Narasimha Rao government. "I was in my early 30s when two quiet gentlemen brought about a revolution. Maybe Narasimha Rao was forced into opening up India by the calamity that would have befallen us otherwise. Maybe Manmohan Singh had no choice but to deliver the budgets he did. But they saw the writing on the wall and they acted," he wrote.

Tens of thousands of Indians, including students in multiple cities and towns, have taken to the streets in recent days to voice their anger over the new citizenship law that they say discriminates against the minority Muslim community.

"I think young India is speaking to us. It is telling us what it wants to be; and that it doesn't want to be what we are telling it to be," Mr Bhogle said.

Faced with an avalanche of protests, many of which have been violent, the ruling BJP has stepped up firefighting efforts and plans to connect with three crore families over the next 10 days in an outreach effort.

In an appeal to "people in power, to those my age and older," Mr Bhogle said, "We have played a very nice innings, we have been lucky to have been Indians for the last twenty five years. Let us not burden the next generation with talk of war and cultural differences. They are going to be better than we were. Let them be. In a happy, open, secular, liberal world, they can become the best in the world."

The Citizenship (Amendment) Act makes religion the test of citizenship in India. The government says it will help minorities from three Muslim-dominated countries to get citizenship if they fled to India because of religious persecution. Critics say it is designed to discriminate against Muslims and violates the secular principles of the constitution.