HAL In Talks With Swedish Firm For Upgraded Tejas 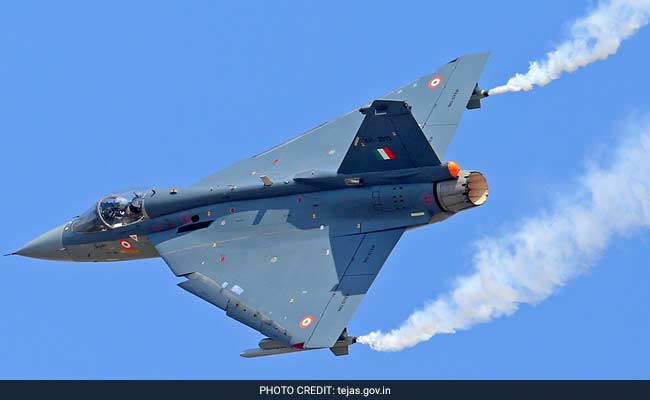 HAL, manufacturer of Tejas, is likely to hand over the fourth aircraft to the Indian Air Force by June end.

Senior defence sources said that while the first round of talks have been completed, a high-level team from Saab will arrive in India next week to carry forward the discussion.

"India needs about 300 aircraft of the Light Combat Aircraft (LCA) type. Saab's Gripen is a good fighter jet and hence exploratory talks are on to see if they can be a technical collaborator for the upgraded Tejas," they said. The Defence Ministry has set 2018 deadline for making the first upgraded Tejas aircraft.

HAL, manufacturer of Tejas, is likely to hand over the fourth aircraft to the Air Force by June end. The four aircraft will make up for the first squadron of IAF which will be used for training and familarisation.

Rather than waiting for LAC Mk II, IAF had decided to go in with an upgraded version of the existing Tejas with over 40 modifications.

As per the production plan, six aircraft will be made this year (2015-16) and HAL will subsequently scale it up to eight and 16 aircraft per year.

Defence Research and Development Organisation (DRDO) had a few years ago sought Saab's help in the Mark-II version of Tejas, which will eventually be inducted into the air force. Saab is likely to insist on a government-to-government (G2G) deal if they step in to assist India in developing and manufacturing a light fighter plane.

The Swedish aerospace major has already submitted a proposal to make Gripen in India under the 'Make in India' initiative.