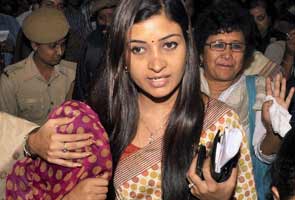 Guwahati: Shocking details are now emerging on the condition of the girl who was molested by a mob in Guwahati. A team from the National Commission of Women (NCW), which met the victim says she had burn wounds on her body indicating that the men burnt her with their cigarettes.

The team flew to Guwahati from Delhi and visited the girl on Saturday. " It is very saddening. The girl has wounds on her body. The boys who were drunk must have been smoking cigarettes because there were cigarette marks on the girl's body, which we have seen with our own eyes," said Alka Lamba a member of the NCW.

However, Ms Lamba said the girl was safe and had been medically examined after the incident but the report was yet to be declared. "We shall seek the medical report and on going back to New Delhi we shall submit our findings to the chairperson of NWC within 10 to 15 days," she added.

The need of the hour is to provide her good counselling so that she can resume her normal life, Ms Lamba said and demanded a special court to punish the culprits.

Criticising the state police for reaching the spot 45 minutes after the incident, she said there was also no police patrol. Bystanders and shop owners had remained mute spectators as the 'shameful drama' was going on.

The women's panel has also hit out at the news channel which recorded the original footage, saying the camera crew continued recording even though the girl was begging for help. They said the victim told them how she could see the camera on her and begged for help but he just kept shooting instead. "She told us that he did not rescue her, inspite of her pleas" Ms Lamba added.

These revelations on the victims' condition and her allegations raise the question once again on the role played by the media. Did Newslive the regional channel in Guwahati setup the attack on a teenager who was molested by a mob outside a bar on Monday? The RTI activist Akhil Gogoi certainly thinks so. He claims he has unedited footage exposing the role of an off-duty reporter from the channel. The news channel has strongly refuted the charges.