Authorities have not linked any death so far to the vaccine though they have recorded a few hundred "adverse reactions". 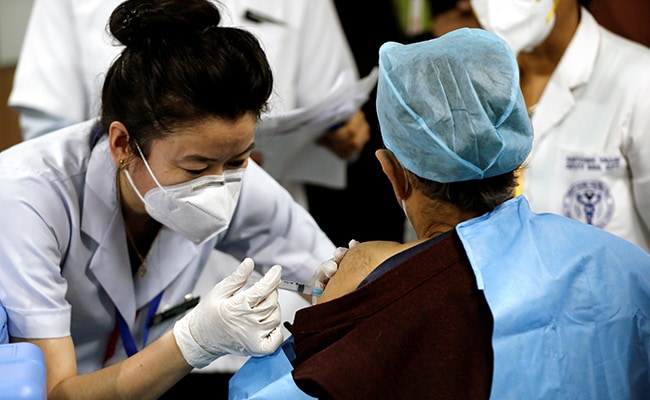 More than 10 lakh people have been vaccinated so far in India since the programme began.

A 56-year-old healthcare worker in Gurgaon, who was given the Covishield coronavirus vaccine last Saturday, died in the early hours today. The cause of the death is not yet known, and her body has been sent for an autopsy, doctors said.

According to her family, Rajwanti did not wake up in the morning and was brought dead at the Medanta hospital. She did not have any reaction to the vaccine on the day it was administered, they said.

"Only after the post-mortem report comes, the cause of Rajwanti's death will be known. Till then it will not be right to say that Rajwanti died due to the vaccine," Gurgaon's Chief Medical Officer Dr Virendra Yadav said.

The vaccination drive will inoculate 3 crore healthcare and other front-line workers first in the queue, followed by about 27 crore people older than 50 or deemed at high-risk because of pre-existing medical conditions.

Authorities have not linked any death so far to the vaccine though they have recorded a few hundred "adverse reactions". More than 10 lakh people have been vaccinated so far since the vaccination programme began.

The government on Friday issued a statement, once again trying hard to counter hesitancy towards the two vaccines, saying both shots are completely safe. Only a handful of states have been able to meet their daily vaccination targets.

Many frontline and healthcare workers have requested they be allowed to choose which vaccine they receive since the Phase 3 trials of Covaxin are still underway and its efficacy is yet to be declared.