Bhupendra Patel is currently in Delhi and addressed captains of industry in the curtain-raiser event to Virtual Gujarat Global Summit (VGGS)-2022 on Thursday. 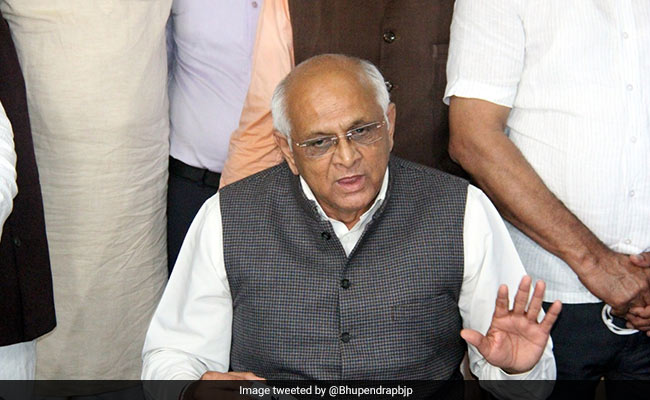 Bhupendra Patel said, "Gujarat is the gateway to the manufacturing hub of the world."

Gujarat Chief Minister Bhupendra Patel on Thursday said that by 2025, the state will consolidate its position as the renewable energy capital of the country.

Mr Patel is currently in Delhi and addressed captains of industry in the curtain-raiser event to Virtual Gujarat Global Summit (VGGS)-2022 on Thursday.

Addressing the event, Mr Patel said, "Gujarat's development will witness many mega infrastructure projects and one such mega-project is Dholera, India's First Greenfield Smart City. A fin-tech hub is being set up and incentives for aircraft leasing companies are being given. Gujarat will soon become a renewable energy hub. By 2025, Gujarat will consolidate its position as renewable energy capital of the country."

"In 2022, Vibrant Gujarat Global summit will be organised. It will be the 10th such summit in Gandhinagar. It was conceptualised in 2003 by the then CM and now PM Narendra Modi. We are carrying forward the legacy of PM Modi. The summit will be inaugurated by PM Modi on January 10," the Chief Minister said.

"Central government introduced various reforms. Gujarat can respond to any circumstances. We aim to serve the world. Atmanirbhar Bharat magnifies PM's vision in 75th year of independence. Gujarat is commemorating PM's vision of self-reliant India. Gujarat is the gateway to the manufacturing hub of the world. We have an investor-friendly approach. It is the most industrialised economy and the most preferred destination for investors. Our infrastructure building measures kept us on top. We are a policy-driven state," he said.