Gujarat Farmers allege the government is completely ignoring the land acquisition law, while acquiring their land for lignite mining. 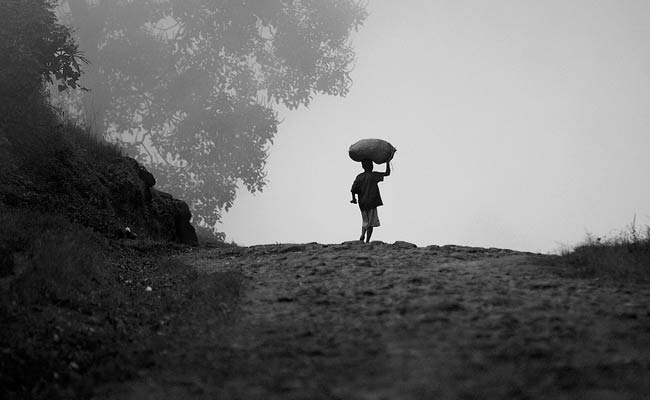 The government claims to have given compensation to the farmers. (Representational)

New Delhi: After Tuticorin in Tamil Nadu, Gujarat may witness a "violent confrontation" between the state administration and villagers over the issue of lignite mining by the Gujarat Power Corporation Limited (GPCL) at Bhavnagar, warn farmer leaders.

Since April 1, when the GPCL claimed possession of around 1,414 hectares of land in 12 villages of Ghogha and Bhavnagar talukas, protests are taking place in the area.

"Gujarat is sitting on a live volcano. Not only the farmers, but the entire rural Gujarat is crying. We are part of the ongoing movement in Bhavnagar. The Kheru samaj of farmers is very strong. They are the ones spearheading the struggle and we are with them," All India Kisan Sabha (AIKS) leader Atul Anjan said.

Farmers allege the government is completely ignoring the land acquisition law, while acquiring their land for lignite mining.

"According to the Land Acquisition Act-2013, if a land acquired for any purpose is not utilised within five years, then it has to be given back to the owner or farmers. No state government, including the one in Gujarat, is following the Act. Now the farmers of Bhavnagar are demanding that their land should remain with them as it was not utilised," AIKS leader Hannan Mollah said.

Even though the government claims to have given compensation to the farmers, the farmers allege that many of them were forced to part with their land.

"The compensation given by the government to farmers is not adequate and not all the farmers were given the compensation. The farmers have given in writing that those who took compensation were under pressure. The price of the land has gone up by 700 per cent," Anjan said.

The farmers' leaders also accused the BJP-led government at the centre and Prime Minister Narendra Modi of being hand-in-gloves with corporates and ignoring the plight of the farming community.

The BJP government in the state and the Modi regime at the centre had given land belonging to farmers to corporates at throwaway prices and this was the reality of the Gujarat model, they alleged.

The leaders also pointed out that how the governments were ignoring the environmental hazards to "appease" the corporates in setting up plants.

"The environment ministry is just a rubber stamp. Those in the PMO make a proposal for the corporates and get the stamp of the ministry, ignoring the hazard the plant would cause to people and the environment," Mr Mollah said.

The farmer leaders warn that taking a cue from the Tuticorin incident, the farmers will intensify their struggle in Gujarat too.

Promoted
Listen to the latest songs, only on JioSaavn.com
However, they also hope that the Tuticorin incident may force the state government to negotiate to calm down the "massive discontent"within the farming community.

In Tuticorin district of Tamil Nadu, a protest against a copper plant turned violent last week, resulting in the killing of 13 people in police firing.