Nitin Patel's clarification came after some reports claimed that he had been asked to resign as the deputy chief minister by BJP president Amit Shah. 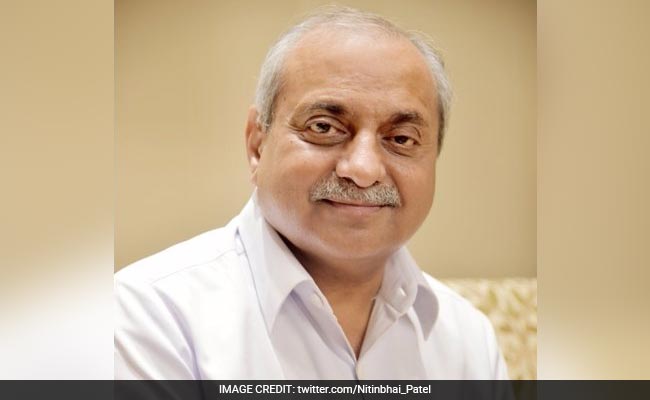 Nitin Patel said that he would consider taking legal action against those spreading these rumours.

Ahmedabad: Gujarat Deputy Chief Minister Nitin Patel today clarified that social media posts and reports that the BJP had asked for his resignation from the position and that he had decided to quit the party were baseless and aimed at tarnishing his image.

His clarification came after some reports, based on social media posts, claimed that he had been asked to resign as the deputy chief minister by BJP president Amit Shah. The reports further speculated that Mr Patel was extremely unhappy after he was asked to resign and had decided to quit the BJP along with his supporters.

Mr Patel asked his supporters to not believe in such propaganda and said that he would consider taking legal action against those spreading these rumours.

"There is an attempt to tarnish my image. I started my political career with the BJP when I was a student and will remain in the BJP. There is no question of quitting the party," he told reporters.

Last night, Mr Patel had tweeted, "For the last few days, some people are posting false and baseless posts on me to tarnish my image on social media. I request all my well-wishers, party workers and people in general to not believe in such rumours."

The opposition Congress tried to take advantage of the situation saying that Mr Patel was not valued by his party.

"(Nitin) Patel has not been rewarded properly for the hard work that he is doing for the BJP," Congress state president Amit Chavda said.

Another post on social media claimed that he would participate in the 'Patidar Mahapanchayat' organised by Patel quota leader Hardik Patel on May 26 and declare his support to the quota agitation.

The deputy chief minister, a Patel face of the BJP, has been with his party even during the turbulence of the Patel quota agitation and had managed to win from the Mehasana Assembly constituency in the 2017 state elections.

Promoted
Listen to the latest songs, only on JioSaavn.com
About Hardik's Mahapanchayat, Nitin Patel said, "We don't have anything to do with it. He was a man who tried to defeat the BJP's Patel candidates. He is working on the Congress' agenda."

He said that if such fake posts continued to appear on social media, then he would have no option but to take legal action against those spreading such rumours.