In July this year, Alpesh Thakor and another Congress defector Dhavalsinh Zala had quit the Gujarat assembly and rebelled against the party, complaining of "unfair treatment". 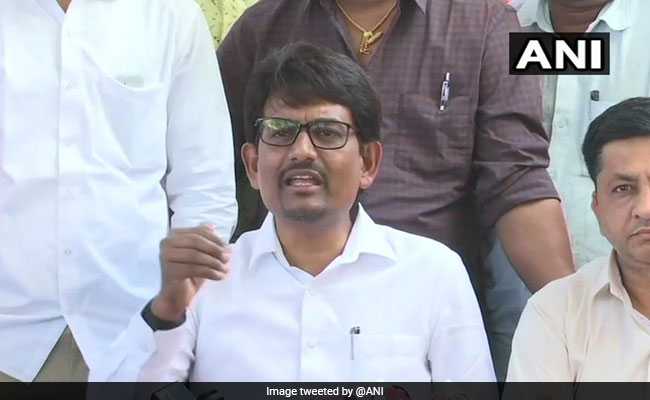 The BJP has fielded former Congress MLA Alpesh Thakor as a candidate for the upcoming Gujarat bypolls. He will contest from Radhanpur, a seat he had won in 2017 on a Congress ticket.

Alpesh Thakor had staked claims to Radhanpur soon after the byelections were announced.

"The decision on likely candidate from Radhanpur will be decided by the parliamentary board of the BJP. However, senior BJP leaders have indicated that I will contest. I am very much interested..." he had told news agency PTI.

In July this year, Alpesh Thakor and another Congress defector Dhavalsinh Zala had quit the Gujarat assembly and rebelled against the party, complaining of "unfair treatment". Incidentally, Mr Zala too will contest on a BJP ticket from Gujarat's Bayad.

Soon after resigning from the assembly, Mr Thakor and Mr Zala joined the BJP.

A prominent Other Backward Castes leader, Mr Thakore gained immense popularity after he launched a protest to counter the Patidar reservation stir of 2015.

The 43-year-old was credited for the Congress's impressive performance in the 2017 Gujarat assembly elections. However, after a fallout with the party's leadership and months of vacillating, he resigned from all Congress posts before the Lok Sabha elections.

Mr Thakor criticized his former party and said that the people of his community were "sidelined" and this is why he quit.

"I will not sit quiet or continue as an MLA if my people get nothing," Mr Thakor said.

He had also said that "weak leaders" were at the helm of the Congress affairs in Gujarat.

After the comments, the BJP extended an invite to him. He had however said that he was not planning to join the ruling party. He then formally joined the BJP a few months later.

Bypolls to all the six seats in Gujarat would be held on October 21.