The party last night released its second list of 13 candidates, comprising nine new candidates, apart from four replaced nominees who were on the first list of 77 candidates. 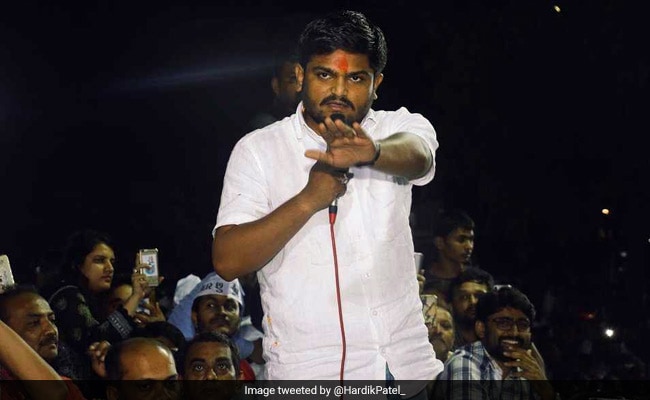 Gujarat Assembly Election 2017: Hardik Patel's PAAS was only given 2 seats in the first Congress list

Ahmedabad: In a strategic move, the Congress has replaced five out of the 90 candidates it had announced so far for the Gujarat polls, scheduled next month.

The party last night released its second list of 13 candidates, comprising nine new candidates, apart from four replaced nominees who were on the first list of 77 candidates.

"These changes are done as part of a strategy. We have to keep in mind various factors as well as the feedback we received from the party workers," he said.

After the Congress released its first list on Sunday, disgruntled party workers had held protests in Surat, Dhoraji and Jamangar on Monday over the choice of nominees.

In the first list, the Congress gave tickets to only two members of the Patidar Anamat Andolan Samiti (PAAS) as against the 20 seats demanded by the Hardik Patel-led organisation.

Mr Patel's close aide and PAAS convener for Botad, Dilip Sabva today said since the Congress has chosen DM Patel for the seat, he was now exploring other "options".

"We (Patidars) are working hard since the last two-three years to overthrow the BJP government. When the BJP has fielded a strong candidate like Saurabh Patel, the Congress should have taken a wise decision. We may tap other options now," Sabva told reporters in Botad.

Out of 182 seats up for grabs, 89 seats will go to poll in the first phase and 93 in the second phase.
Comments
Hardik Patel CongressCongress GujaratGujarat Assembly Eleciton 2017