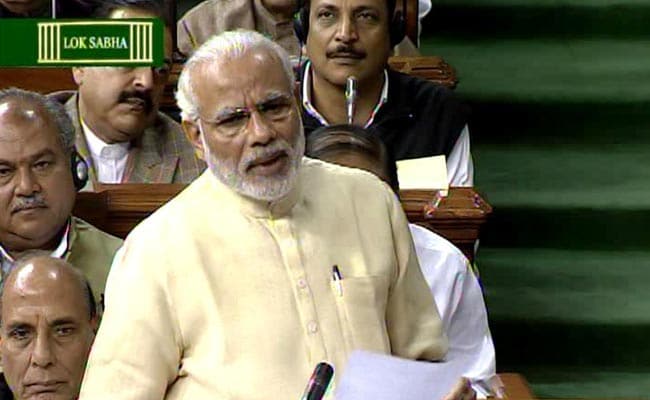 The GST bill will enter a critical phase after the Lok Sabha passes it for the second time.

New Delhi: The Goods and Services Tax or GST Bill - India's biggest tax reform ever - is set to be ratified by the Lok Sabha today, where the Prime Minister is likely to speak.

The Bill that amends the constitution to enable the GST reform was passed by the Rajya Sabha with a unanimous majority, after AIADMK staged a walkout last week.

The Bill was passed in the Lok Sabha in May 2015 and has been sent back to the lower house to ratify the amendments cleared in the Rajya Sabha. It will then need the President's assent and the approval of 15 states, half of India's 29.

With the government enjoying a majority in the Lok Sabha, the amendments are expected to be passed easily, but not before opposition parties yet again use the discussion to mark their position on the landmark bill.

"With virtually all political parties backing GST, the biggest economic reform since 1991 will sail through smoothly in the Lower House. And the PM will like to crown the moment with an intervention to put it on record that the NDA managed a consensus of course and he will thank all parties," a senior minister said.

Congress, the main opposition party, has issued a whip to all its members and has pledged support to the bill. But the party is again likely ask for a categorical assurance from the government that it will not introduce the two upcoming central GST Bills as money bills.

A senior Congress leader promising fireworks said, "The GST bill will enter a critical phase after the Lok Sabha passes it for the second time. The rate and other elements will come in the GST bill and we will use the PM's presence to push the government to provide an assurance."

A GST council will be formed with states and the centre as members. This council will recommend rates and other modalities. Parliament will need to clear two more GST-related bills and each state will have to pass its own law. Mr Jaitley has said he is aiming for an April 2017 rollout of GST.