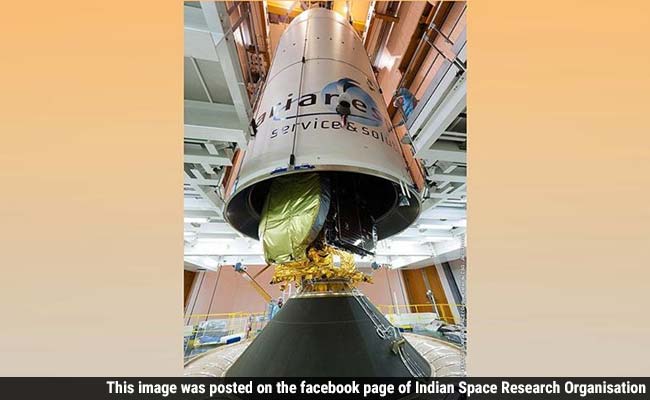 ISRO has performed the first of three Orbit Raising Manoeuvres (ORMs) of the GSAT-16.

Bengaluru: A day after the successful launch of GSAT-16, the Liquid Apogee Motor of the communication satellite was fired today, in the first orbit raising manoeuvre.

The orbit of the satellite will be raised to Geostationary Orbit of about 36,000 km altitude through three orbit raising manoeuvres by firing of GSAT-16's LAM Engine.

The satellite will be placed in the Geostationary Orbit by December 12 and subsequently its communication transponders will be switched on for in-orbit testing, ISRO said.

Boosting India's communication services, GSAT-16 was successfully launched by Ariane 5 rocket in the early hours today from the space port of Kourou in French Guiana, after a delay of two days due to bad weather.

Promoted
Listen to the latest songs, only on JioSaavn.com
The satellite with 48 transponders is the largest ever carried by a communication spacecraft built by ISRO. It will boost public and private TV and radio services, large-scale Internet and telephone operations.