The six-year project will build climate-resilient livelihoods for 1.7 million people in Andhra Pradesh, Maharashtra and Odisha. 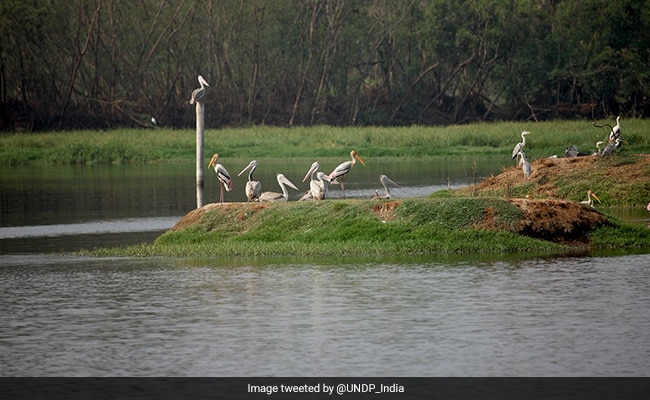 In a move that may positively impact over 10 million people living on the coastline, India today started a 43 million dollar project to boost climate resilience in three coastal states in partnership with the United Nations Development Programme (UNDP).

The project is funded by the Green Climate Fund, established within the framework of the United Nations Framework Convention on Climate Change (UNFCCC) to assist developing countries.

The six-year project will build climate-resilient livelihoods for 1.7 million people in Andhra Pradesh, Maharashtra and Odisha, offset 3.5 million tonnes of carbon, protect vulnerable ecosystems, and benefit another 10 million people with improved shoreline protection, the UNDP said in a statement.

"India's coastal areas are quite vulnerable to climate change and in the last five years, we have seen increased floods and cyclones in these regions. This pace-setting new initiative will help enhance resilience and adaptability, lead to emissions reductions and support sustainable livelihoods," said Ravi Shankar Prasad, additional secretary in the Environment Ministry.

"It aligns well with the priorities of the National Action Plan on Climate Change, the State Action Plans, and the nationally determined contributions under the Paris Agreement," he said.

The Indian government will finance an additional 86.8 million dollars towards the new project to mainstream and accelerate the impacts of the Green Climate Fund grant.

The project will work with communities in restoring ecosystems and promoting climate-resilient livelihood options, such as the sustainable farming of mud crabs.

"It establishes India as a leader on climate action, and marks an essential step for India to reach its goals outlined in the Paris Agreement and 2030 Agenda for Sustainable Development," the UNDP said.

This initiative will particularly address India's strategic plan to achieve its nationally determined contributions under the Paris Agreement, which focuses on adaptation efforts in vulnerable communities, it said.

"Over 1.7 million people are expected to directly benefit from livelihoods support, with another 10 million indirectly benefiting from improved shoreline protection. The initiative will also focus on providing tangible benefits for vulnerable communities, including women, female-headed households, young people and the elderly, and members of Scheduled Castes and Tribes," the UN body said.

It said through the project, over 3.5 million tonnes of carbon dioxide will be sequestered through restored ecosystems over the next 30 years.

To protect life on land and below water as outlined in the 2030 Agenda, project activities will focus on restoration and conservation of over 15,000 hectares of mangroves, coral reefs, sea grasses and salt marshes. Communities, including the local youth, will be trained to work with scientists in monitoring ecosystem health and coastal ecology.

To strengthen climate risk-informed coastal management and infrastructure planning, the innovative project will create an online decision-support tool available via mobile phone for use by government officers, academic institutions, community members and scientists.

The project will also build local knowledge of climate change and the associated risks via training and public education programmes, the UNDP said.