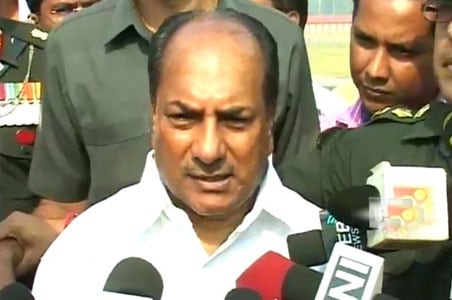 Lieutenant General Avdesh Prakash was indicted by an army inquiry of using his position to help a businessman in Siliguri in West Bengal. Prakash is the Military Secretary and eight principal staff officers to the Army chief, General Deepak Kapoor. (Read: Will Generals face the heat in land scam?)

The internal investigation found that Prakash influenced officers to permit a real estate developer to acquire 71 acres next to the Army's 33 Corps Headquarters in Siliguri in West Bengal. The Army, which had earlier told the government that this land could not be sold to any commercial developer for security reasons, okayed the transfer of the land to Agarwal.

Promoted
Listen to the latest songs, only on JioSaavn.com
The Army's inquiry said Prakash should be sacked for he "became a facilitator in promoting (his friend) Dilip Agarwal's business."

However, General Deepak Kapoor decided to ask Prakash for a formal explanation before determining what action to take against him.
Comments
Army land scam