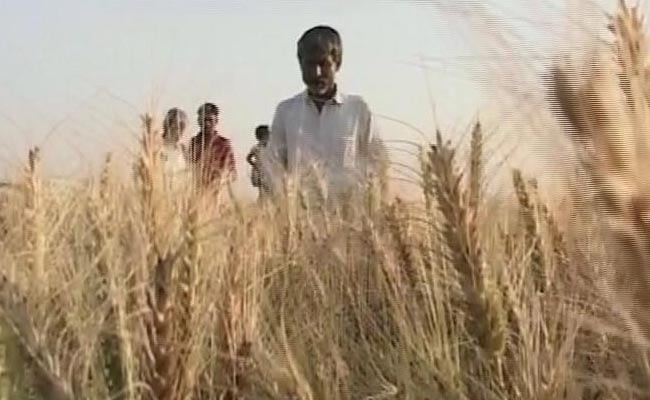 On December 8, the government had reduced customs duty on wheat to zero from 10 per cent.

New Delhi: The government is considering imposing import duty on wheat in order to protect farmers amid projections of a record output this year, Agriculture Secretary Shobhana K Pattanayak said on Wednesday.

On December 8, the government had reduced customs duty on wheat to zero from 10 per cent to boost domestic availability and check retail prices.

Now that the country is all set to harvest a record production of 96.64 million tonnes in 2016-17 crop year (July-June), there are concerns about prices coming under pressure once the new crop hits the market. "Whether to propose import duty on wheat is in the final stage of consideration. The ministry is considering it. That is under process," Mr Pattanayak told reporters on the sidelines of an Assocham event on integrated water resources management.

Right now, the arrival of new wheat crop has begun in Madhya Pradesh. The crop is yet to arrive in other growing states, he said.

Asked about wheat prices, the official said, "Prices at present are ruling above the minimum support price (MSP). State-run Food Corporation of India (FCI) is going to procure on a massive scale to ensure the MSP to farmers."

The Food Ministry is also closely keeping a watch on the arrival of the new crop. It has not firmed up its view on restricting imports as it wants to assess the availability of the new crop and its price trend before taking a final call.

Last month, Food Minister Ram Vilas Paswan had said: "The way this government has taken measures in the case of pulses and farmers are getting the MSP, all possible steps will be taken for wheat-growing farmers. If needed, raising import duty will be considered."