When stopped by the police, the GJM supporters turned violent and pelted stones. 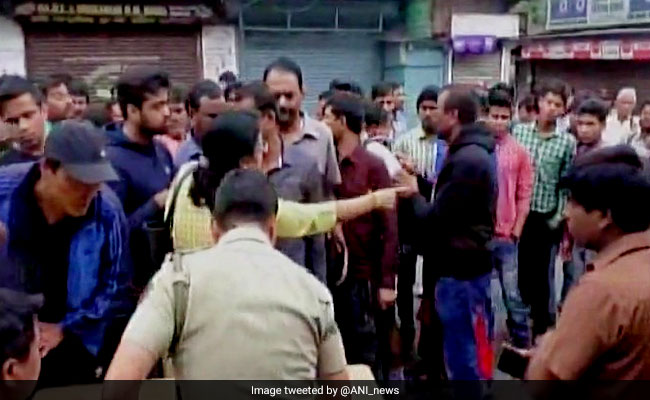 Darjeeling: Gorkhaland supporters today pelted stones at the police in various parts of Darjeeling as they were stopped from enforcing their shutdown in many government offices in the hills, where their indefinite bandh entered its second day.

Police pickets and barricades were put up in front of the government and Gorkhaland Territorial Administration (GTA) offices and various entry and exit points of the hills while Rapid Action Force (RAF) and a sizable number of women police personnel were also deployed.

"The Gorkha Janmukti Morcha supporters pelted stones at police forces in various parts of Darjeeling as they were stopped by the forces from enforcing shutdown in government offices. After we chased them, they ran away," a senior police official said.

At around 10 am, a huge GJM procession chanting slogans against the state government and demanding separate Gorkhaland marched to various government offices in Chowkbazar area to stop people from reporting for work.

When stopped by the police, the GJM supporters turned violent and pelted stones. The police chased and dispersed the crowd, he said.

Senior police officers like Jawed Shamim, Siddinath Gupta, who are members of the three-member committee set up by the government in Darjeeling, were seen with huge police contingents in various parts of the hills.

The GJM leadership has, however, accused the police of resorting to unprovoked lathi-charge on the GJM procession.

"The police resorted to unprovoked lathi charge on a peaceful rally. The more they use force against us, the more intense will be the struggle for a separate Gorkhaland state," GJM general secretary Roshan Giri told PTI.

Promoted
Listen to the latest songs, only on JioSaavn.com
The government offices yesterday recorded "normal" attendance although some stray incidents were reported during the GJM-sponsored indefinite bandh in government and GTA offices in Darjeeling hills which began on June 12.

(Except for the headline, this story has not been edited by NDTV staff and is published from a syndicated feed.)
Comments
Gorkha Janmukti Morcha (GJM)bandh DarjeelingGorkhaland supporters