IIT Grad, Accused In UP Temple Attack, Appears Before Court

Gorakhpur Temple Attack Case: The father of the accused had stated that his son is mentally not stable and had no plan to commit the offence. 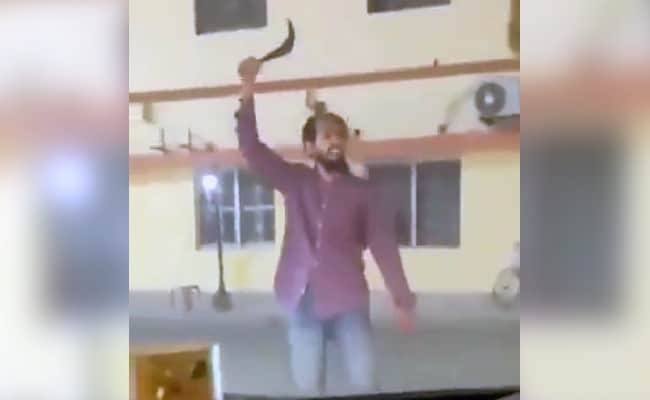 Earlier on April 6, accused in the Gorakhnath Temple attack case, Murtaza was shifted to the Uttar Pradesh's Anti-Terror Squad (ATS) headquarters in Lucknow for further investigation.

The accused was also taken for a medical examination before being taken to Lucknow and his laptop and mobile have also been sent to Forensic Science Laboratory (FSL) for an investigation.

Notably, the father of the accused had stated that his son is mentally not stable and had no plan to commit the offence.

A man forcibly tried to enter the Gorakhnath Temple premises and attacked the on-duty police personnel with a sharp weapon on April 3.

Not ruling out the terror angle in forcibly entering the Gorakhnath Temple and assaulting the police personnel, the Uttar Pradesh government had handed over the probe to the Anti-Terrorism Squad after the accused was arrested (ATS).