This Sunday, mums around the world are acknowledged by Mother's Day and a Google doodle. 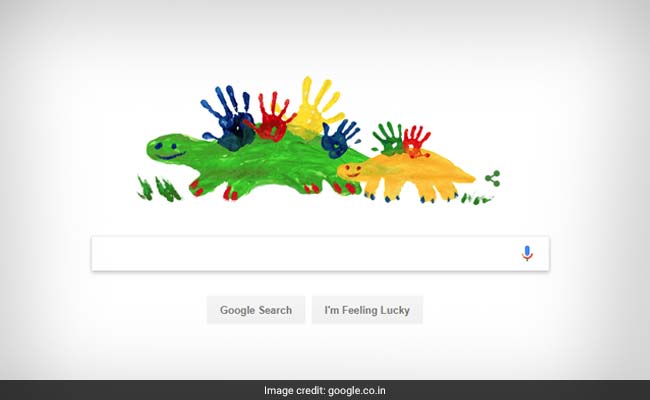 The Google Doodle shows a mother dinosaur and a baby dinosaur walking side by side.

New Delhi: Today's google doodle is dedicated to all the mothers out there as it celebrates Mother's Day across the globe. Mother's Day is celebrated every year on the second Sunday of May.

The Google Doodle shows a mother dinosaur and a baby dinosaur walking side by side. It depicts how a mother is always there for the child, guiding and devoting all her life for the well-being of the child. There are few people, if anyone, who know you better than your mom.

Motherhood is a powerful unifying force, something the founders of Mother's Day certainly recognized.

Promoted
Listen to the latest songs, only on JioSaavn.com
The day actually has origins beyond flowers and a brunch - which are much more radical than a Archies card can embody. The holiday's creation is generally attributed to a woman named Anna Jarvis, who campaigned through many letters and moving speeches to make it an officially recognized day. Jarvis believed that a mother is person "who has done more for you than anyone in the world".

The holiday was first celebrated in 1908, when Jarvis held a memorial for her mother at St Andrew's Methodist Church in Grafton, West Virginia. The second Sunday in May was then proclaimed as a "a public expression of our love and reverence for the mothers of our country" by Woodrow Wilson.