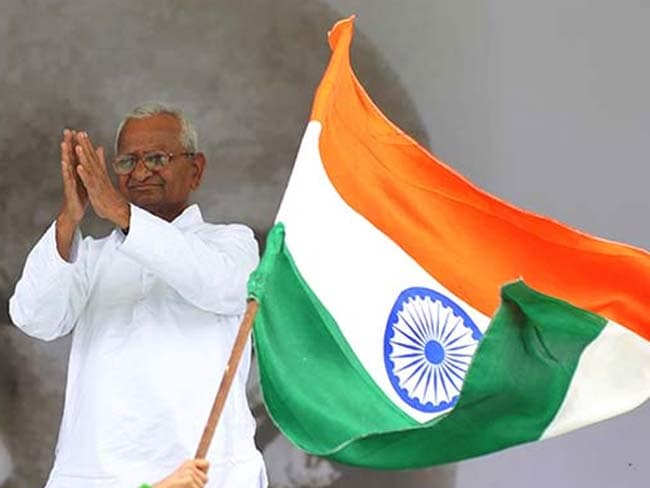 "It's good that I left Arvind's company, or else I would also be facing a similar predicament," Mr Hazare said. "Shaking hands with Lalu and hugging him is not okay," he said at his native village Ralegan Siddhi in Ahmednagar district on Maharashtra.

Mr Hazare's comments came even as the Delhi chief minister sought to clear the air on the "hug" that has become a much discussed topic in the country. Mr Kejriwal claimed that the RJD chief was the sole author of the warm embrace the two leaders shared.

"He shook my hand and pulled me into a hug and then he held my hand and raised it," said Mr Kejriwal, adding, "It was projected and questions were asked."

Photographs of the two leaders went viral on social media and a tweet from Mr Kejriwal two years ago was dug up to remind the former anti-corruption activist of his stand on Mr Yadav when the latter was convicted in a corruption case.

The hug earned the Delhi chief minister criticism not only on social media but also from political rivals, including former AAP colleague Yogendra Yadav who said, "Political capital of the movement sold to symbols of political corruption. Ashamed!"