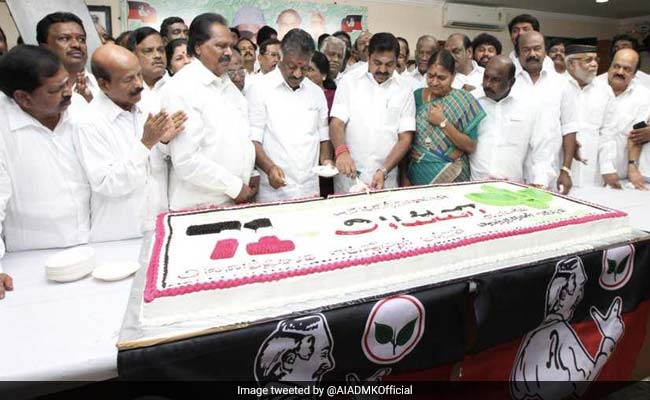 On Jayalalithaa's birth anniversary, a 71 kilogram cake was cut by K Palaniswami at AIADMK headquarters.

The party flagged off a propaganda van aimed at reaching out to the people with the "achievements of the AIADMK and the state government".

A photograph of Jayalalithaa with Prime Minister Narendra Modi (taken when she presented a memorandum to him years ago) was displayed, for the first time in the AIADMK headquarters premises, which already has a host of her photos, besides that of party founder MG Ramachandran.

An 'Annadhanam,' (community feast) event was also organised at the headquarters premises for the anniversary. 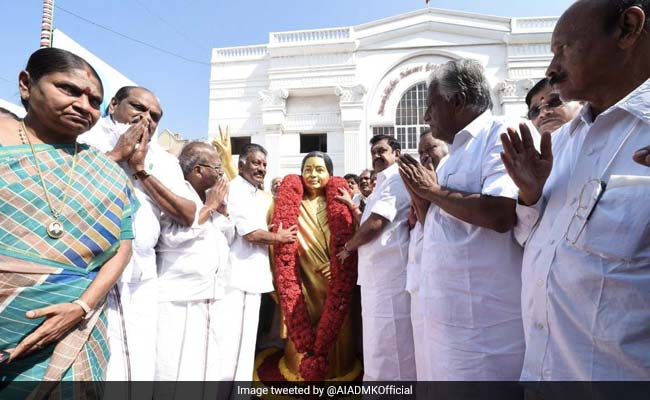 Mr Panneerselvam and Mr Palaniswami, the AIADMK coordinator and co-coordinator, garlanded a statue of Jayalalithaa at the party office, distributed sweets and released a souvenir marking the occasion.

PM Modi, whose party has entered into an alliance with the AIADMK for the upcoming Lok Sabha polls, in a tweet said: "Tributes to Jayalalithaa Ji on her birth anniversary. Her contribution towards the development of Tamil Nadu will be remembered for generations."

Tributes to Jayalalithaa Ji on her birth anniversary. Her contribution towards the development of Tamil Nadu will be remembered for generations. A fine administrator and compassionate leader, her welfare measures benefitted countless poor people.

A medical camp was held at the AIADMK headquarters, where diagnostic equipment were also brought in to detect heart ailments.

The election propaganda committee, led by AIADMK propaganda secretary and Lok Sabha Deputy Speaker M Thambidurai, deliberated on the modalities of taking forward the reach-out initiatives of the party.

Jayalalithaa died on December 5, 2016 in Chennai after a prolonged illness.