India is among the countries with the highest number of Twitter subscribers. 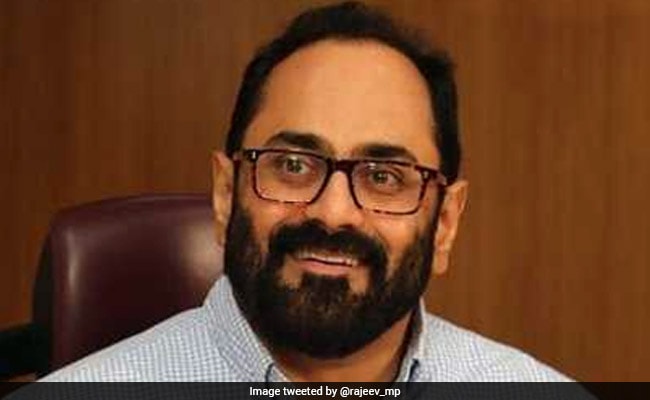 Rajeev Chandrasekhar is Minister of State for Electronics and Information Technology

In the first response from the government on the Twitter takeover by Elon Musk, Union Minister Rajeev Chandrasekhar said he wishes the Tesla CEO the "very best" and added that India's "goals and expectations of accountability and safety and trust" remain unchanged.

"I wish Elon Musk the very best. Our goals and expectations of accountability and safety and trust of all intermediaries operating in India remain unchanged," the Minister of State for Electronics and Information Technology, told NDTV.

India is among the countries with the highest number of Twitter subscribers. Over the past decade, the microblogging site has seen a rapid rise in its subscriber base in the country.

The quick growth, however, has also brought the site into face-offs with the government over its requests to block content critical of the BJP-led administration.

The government had accused several social media platforms, including Facebook and Twitter, of promoting "fake news" or "anti-India" content and that the disinformation was being spread by accounts based in neighbouring Pakistan.

Following a showdown, the government brought in new rules for social media companies that mandate them to undertake greater due diligence and make these digital platforms more accountable and responsible for the content hosted by them.

At the height of the faceoff between the centre and Twitter, Union Ministers also promoted an Indian alternative - Koo - that lets users put out tweets in several Indian languages.

There have also been allegations by several activists and Opposition politicians, who have alleged that their Twitter handles were blocked for posts against the government.