Goa Election: The coastal state votes in a single phase on Feb 14. 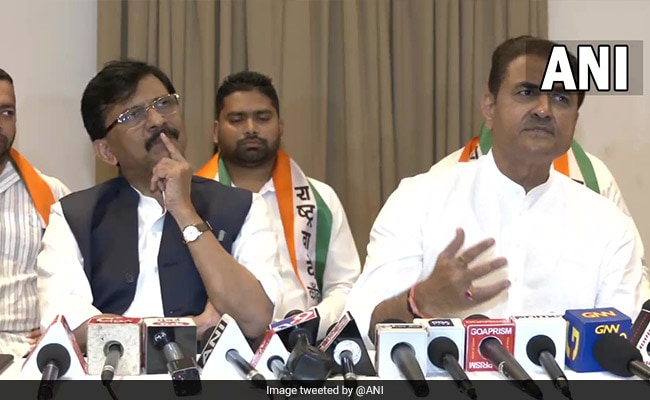 Sharad Pawar's Nationalist Congress Party and the Shiv Sena will contest the Goa elections together, senior party leader Praful Patel said on Wednesday as, he claimed, the Congress refuses to talk of an alliance with its two partners in neighbouring Maharashtra.

"Now that we have the Maha Vikas Aghadi in Maharashtra, this time also we first - as NCP - tried to speak to the Congress and at least till 2007, Congress used to leave seven out of the forty seats for the NCP. We had said even if there is an adjustment of numbers and we must reduce, we are ready. Let's us work together so that we can take on the government here (Goa)," Mr Patel told reporters.

"Similarly, since we have the Maha Vikas Aghadi, Sanjay Raut - on behalf of the Shiv Sena - also made a similar offer saying that we can all look at working together and Congress of course will be the main party. And we will be supporting the Congress in fighting the elections jointly and giving a formidable front against the current BJP government," he further added with Sena MP Sanjay Raut by his side.

Sanjay Raut and Uddhav Thackeray spoke to the Congress and hoped that there should be some alliance and the three parties should fight together, he underlined. "Unfortunately, I don't think that has come to any result and as a result, NCP and Shiv Sena, we had discussions and we felt that we should fight the elections together jointly and we will not be fighting on all 40 seats, but we will be fighting a substantial number of seats. At least 10 -12 from each party," Mr Patel added.

Mr Patel compared the situation to 2017 "when despite emerging as the single largest party, Congress had let the opportunity slip and allowed the BJP to form a government".

"I would likely to put it on record that the NCP has always tried to keep like-minded secular forces together. Unfortunately, in Goa in 2017 Vidhan Sabha elections the Congress did not take a constructive role and we were, in a way, forced to fight separately. After the results, Congress got 17 MLAs, it was the largest party and I do remember very clearly, NCP's one MLA, Churchill Alemao, made it 18. The Goa Forward Party - led by Vijai Sardesai - was sitting with me and we were ready with letters of support to the Congress to be able to form the Government in Goa in 2017. Unfortunately, we were waiting and hoping that the Congress would present the letter of staking claim to form the government but for the whole day the Congress did not go and stake claim to form the government and letters from Goa Forward and NCP were lying unutilised and as a result in the evening BJP staked claim and they were able to form the government," Mr Patel said.

When Sena MP Sanjay Raut was asked about the issue he said, "Now we are in alliance with the NCP. We are sharing seats with them. This happens in politics. We can say we will fight in 40 seats but if we form an alliance with someone then there is seat sharing.

When asked specifically if the two parties will be fighting against Congress, Mr Raut said, "We are not fighting against anyone. There is BJP and the Congress that are fighting on their own strength. There is also Trinamool and AAP. This is a democracy, and everyone can fight elections."

Sanjay Raut added, "If we fight separately then obviously the advantage goes to BJP is what people fear. That is a fear we have too. But people will vote smartly, and we are confident of that."

Goa will vote in a single phase on February 14. The counting of votes will be done on March 10.