This Baarat Headed To Vote First, Groom Led The Way

The groom, accompanied by a group of people, waited in line and caste their vote before they headed to the wedding venue. 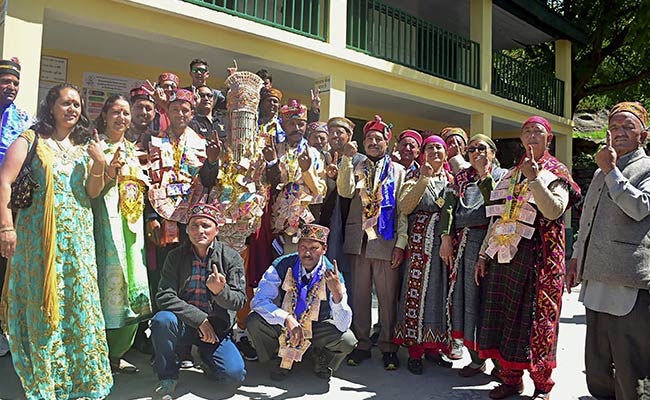 Faced with the responsibility of choosing his member of parliament and life-partner on the same day, a Manali resident on Sunday fulfilled both with aplomb.

Before proceeding to his bride's village for his wedding, Anil, 28, of Kothi village near Manali, led his entire ''barat'' to the polling booth number eight in the city and cast his vote, besides making his wedding companions too do the same.

"Anil cast his vote before proceeding for his marriage," said a district election official, adding the groom reached the polling with many of his ''baratis''. Anil at a polling station during the seventh and last phase of Lok Sabha elections, at village Koti near Manali on Sunday

Decked in his wedding attire, complete with ornamental headgear, Anil reached the polling booth to a pleasant surprise of election officials, security personnel and fellow voters in the queue and cast his votes.

Officials said as the groom, while awaiting his turn, faced some murmurs over possible delay in reaching the wedding venue in the neighbouring Palchan village at auspicious hour for the marriage, but the groom stressed upon the importance of voters' participation the democratic process.

Following his insistence, all his companion too awaited their turns patiently and cast their votes, said the official. 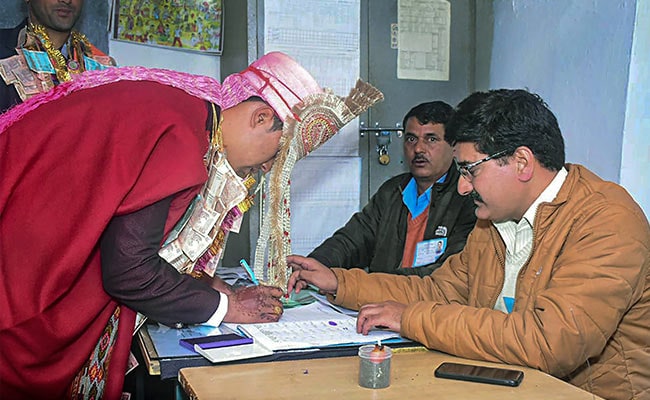 Aashray's father Anil Sharma, who was a minister in the Jai Ram Thakur-led BJP government in Himachal, had to resign from the Cabinet as he was unwilling to campaign against his son to favour the BJP candidate.

Mandi being his home, Himachal Chief Minister Thakur's prestige is at stake here with veteran politician Sukh Ram too leaving no stone unturned to ensure his grandson Aashray's victory.