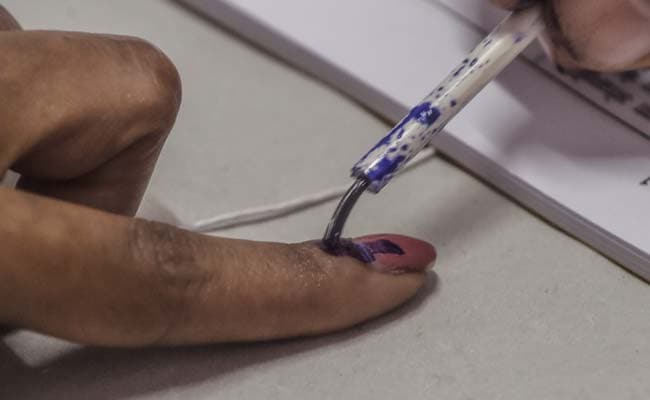 Congress spokesperson Sanjay Jha has added to ongoing claims the "indelible" ink used by Election Commission officials to mark the fingers of those who have voted can be easily removed, leading to fears of voter fraud and people voting more than once.

Manufactured by a company in Mysore, the ink is supposed to last for at least a week (and up to two) but reports from across the country claim it can be cleaned with nail polish remover almost immediately after voting.

Mr Jha posted an image of himself showing the ink mark on his left hand on Twitter today at 9.52 am, with a message urging residents of Mumbai to go out and vote.

Come on #Mumbai, come on #India, let's move from darkness to sunshine. #AbHogaNYAYpic.twitter.com/a8vQQcxAee

Less than an hour later, at 10:38 am, he posted another picture with the ink mark removed.

My ink has vanished into the blue within an hour of voting with just a slight application of a nail polish remover. After a friend sent a photo saying her voting ink got easily removed, I am sending mine as proof.

The Congress leader isn't the only person to highlight the apparent easy-to-remove nature of one of the most critical aspects of the Lok Sabha polls, one that is meant to ensure a fair election.

Complaints were raised as early as the first phase (April 11) of the ongoing election.

Noida-based journalist Ritu Kapoor of The Quint posted on Twitter and tagged Sheyphali Sharan, the official spokesperson of the Election Commission, in her comment on the ink being erased.

I voted. I got inked. I did not believe the people who said that indelible ink is washing off. So I tried nail polish remover - and magic - the mark is gone @SpokespersonECI. What's ECI's response? pic.twitter.com/S12TKw8M07

Also on April 11, a Hyderabad-based TV journalist posted a Twitter video of the mark apparently being removed.

A similar complaint was flagged in Bengaluru during the second phase on April 18. On that occasion, the citizen voter also wrote a letter to the poll body, noting that the mark had not been so easy to remove in the last Lok Sabha polls.

The erasable election ink and a friend, Bangalore citizen's official complaint against it. #Bangalore#LokSabhaEelctions2019#electionink@rohini_mohan@dhanyarajendran@kapur_ritu@anubhabhonslepic.twitter.com/ww6DdDTWwF

The election body's response was to issue a statement.

"Usually these inks are sent to CSIR lab for testing before every election. It is being used from 1950-51 and 25 countries are using it," Deputy Election Commissioner Chandra Bhushan Kumar said at a briefing at the end of voting on April 11. "Usually this should not happen," he added.

The poll authority had ordered 26 lakh bottles of the "indelible" ink for the 2019 Lok Sabha elections at a total cost of Rs 33 crore.

All six Mumbai Lok Sabha constituencies vote today, in addition to seats in Maharashtra like Nashi and Thane, and others across Odisha, Rajasthan, Uttar Pradesh and West Bengal.