General elections 2019: Rajasthan's royals know, in this battle, it is the voter who is now king

Once ruled by princely states, Rajasthan appears unwilling to let go its feudal past and once-royal families that make political debuts find they remain huge crowd-pullers.

One of the latest to join the political bandwagon is Diya Kumari, a former princess of Jaipur, who is contesting for the BJP from Rajsamand, a city named for a man-made lake dating to the 17th century.

The princess will face Congress candidate Devkinandan Gurjar when polls open on April 29 during the fourth phase of the general election.

This isn't her first election. That was contested from Sawai Madhopur, on the insistence of former Chief Minister Vasundhara Raje, during Assembly polls in 2013. This was the last time the BJP was in power in the state; she declined to contest the 2018 state election.

For her Lok Sabha election debut, she has been catapulted miles away from her home town in what is a relatively new constituency; it only came into being after a delimitation exercise in 2008.

Since then it has been held once by the Congress and twice by the BJP. It is currently held by Hariom Singh Rathore of the BJP. 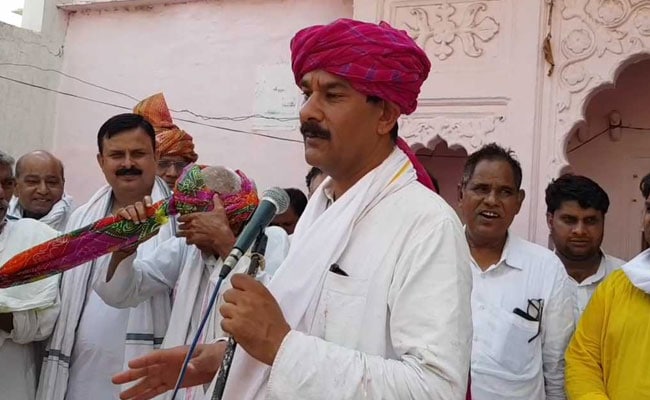 Stuck on unfamiliar grounds where the people's political allegiances are not yet firmly entrenched either way, she is doing her best to make inroads the best way she knows - by playing the "people's princess" to the hilt.

On the campaign trail, villagers bring a brightly decorated bullock cart for her to ride before she addresses the audience.

With a smile on her face, she says, "I have ridden a bullock cart for the first time in my life. It was a bit unsteady but a lot of fun".

She may have royal charisma but the princess knows she must find a real connection to the people if they are to vote for her and the BJP.

And that connection is the Army because Rajsamand has a tradition of sending people to serve in the country's armed forces.

Diya Kumari talks about her father - the late Maharaja Bhawani Singh - who was a highly decorated officer with the Para Commandos of the 10th Parachute Regiment.

"My father fought the 1971 war ", she tells voters, adding, "He got a mahavir chakra for raids on enemy posts at Chuchro, across the border into Pakistan. It was one of the first surgical strikes. I may be a princess but I am also the daughter of an army man".

Her opponent, the 75-year-old Congress candidate from the area, tells people, "She is a maharani. Once she is voted to power she won't come back. I am a poor farmer's son. I am one of you".

"The Congress gave you the right to vote and made you the king in democracy", he adds.

However, despite his words, it is apparent royalty is the flavor of the season in the state and the Congress knows this. The party has, for example, opted to field royalty in Alwar.

Bhanwar Jitendra Singh, a scion of the erstwhile royal family from the region, is fighting his third parliamentary polls.

Crowds of people greet him in the mornings as he sets off from the Phool Bagh Palace. He tells them, "Of course I will work for you. Who else will? We have lived here for generations".

Bhanwar, as he is fondly called, says, "The love and respect does not come from nowhere. It is the work done in the past and the work that I have done that keeps me connected with people".

As he drives through villages in the constituency, he stops to meet all who gather, even in small numbers, to greet him. At one village he shares a hookah with some men. At another, he goes across to women who sing traditional songs to greet him.

Clearly, in Rajasthan, historical associations continue to inform the political present. More importantly, they have had success stories too, with that of former Mrs Raje an example.

The former Maharani of Dholpur has twice held the state's top job and her son, Dushyant Singh, who is also a BJP leader, will hope to defend the Lok Sabha seat from Jhalawar-Baran he has held since 2004.

The seat goes to the polls on April 29 and he is facing former BJP leader Pramod Sharma.

However, as they all go campaigning, Rajasthan's royals know, in this battle, it is the voter who is now king.