General Rawat said that a "capability differential" has come between the two countries over the years and that China has a "lead" over India on technology. 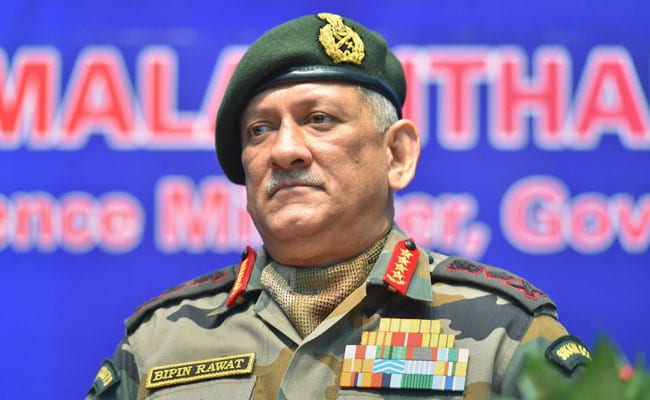 What we are trying to do is to create a system which would ensure cyber defence: General Bipin Rawat

Chief of Defence Staff Gen Bipin Rawat on Wednesday said that China is capable of launching cyber attacks against India and that there is a capability gap between the two countries when it comes to technology.

In an address at the Vivekananda International Foundation, he also said that India's leadership displayed political will and determination to uphold vital national interests in the face of "unprovoked assault" on its security and dignity, remarks seen as an apparent reference to the border row with China in eastern Ladakh.

In response to a question, he said the "biggest differential" between India and China lies in the field of cyber domain, adding the neighbouring country has been able to invest a lot of funds on new technologies.

General Rawat said that a "capability differential" has come between the two countries over the years and that China has a "lead" over India on technology.

"We know that China is capable of launching cyber attacks on us and that it can disrupt a large amount of our systems. What we are trying to do is to create a system which would ensure cyber defence," he said.

He said the aim has been to create firewalls to deal with the cyber attacks and that the issue is being addressed in a "serious way".

The CDS said each service has its own cyber agency to ensure that even if they come under cyber attack, the down time and the effect of the cyber attack does not last long.

"What we are trying to do is to create a system which would ensure cyber defence...We should be able to overcome cyber-attacks and continue with our systems either through an alternative or preventive means through firewalls," he said.

"I would unhesitatingly say that the Navy is far ahead than the Army and the Air Force as far as the way they are imbibing technology," General Rawat said.

He also referred to evolution of India's military, and said the country must come out of the temptation of looking at the western world for security solutions, and instead, tell the world to come and learn from its vast experience in dealing with diverse challenges.

"Our leadership has displayed the political will and determination to uphold our vital national interests in face of unprovoked assault on our security, values and indeed our dignity," he said. The CDS, however, did not elaborate further.

"We can't just return to the way things were before. Therefore, change has become the need of the hour. There is a need to overcome and shed the colonial era syndrom completely," he added.

Asked about the evolving situation in Afghanistan, he said Taliban is trying to gain ground and that India is closely watching the developments.

"We are not out of the bandwagon...Anything that happens, we will be on board," he said adding India's security interests will get considered.

To a question on allocation for the armed forces, General Rawat said the government is working on a non-lapsable budget which will help the services.

"Our backyard, hence, continues to remain full of contradictions, disparities and paradoxes. Hence there is an emergent need to develop a vision for the region," General Rawat said.

"However, one must be careful to not bite more than what one can chew. Hence, the vision for the region, even our global vision must be intrinsically linked to our national interests with a direct link to our national security," he said.

The CDS also mentioned that the higher defence organisation in India has been witnessing "incremental reforms''.

He said the restructuring of the Ministry of Defence has provided an opportunity to embrace forward looking strategies to set in motion a dynamic transformation process that gives the country the desired capabilities to prepare for future wars in an era of high-technology.

General Rawat also said that time has come for the military to look towards technology in a big way.

He said that work is being done to create a national maritime commission under the Navy and the new entity would ensure convergence among users operating in the high seas and coastline.