Nearly 475 girls were hospitalised today after toxic fumes spread due to a gas leak at a container depot near two schools in southeast Delhi's Tughlakabad area. 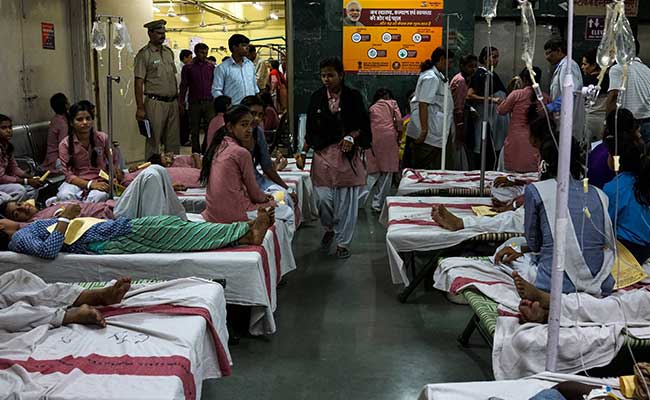 The condition of all the students, including those admitted in the ICU, is stable.

New Delhi: It was a usual Saturday morning for nearly 475 girls at two schools in Tughlakabad area before they ended up at a hospital. Early in the day, as they settled in their classrooms, they began to complain of breathlessness, irritation in eyes and throats. A gas leak from a container filled with Chloromethyl Pyridine, a chemical used to produce insecticides and pesticides, parked near their schools led to the incident. The students and nine teachers of Rani Jhansi Sarvodaya Kanya Vidyalaya and Government Girls Senior Secondary School were rushed to nearby hospitals. Their condition is stable now, doctors said.

Here are 10 points into what led to the gas leak, the mess that followed: