Gandhi Jayanti is celebrated on 2 October. This year would mark 150th birth anniversary of the father of the nation. The government is planning cleanliness drives to mark the birth anniversary. 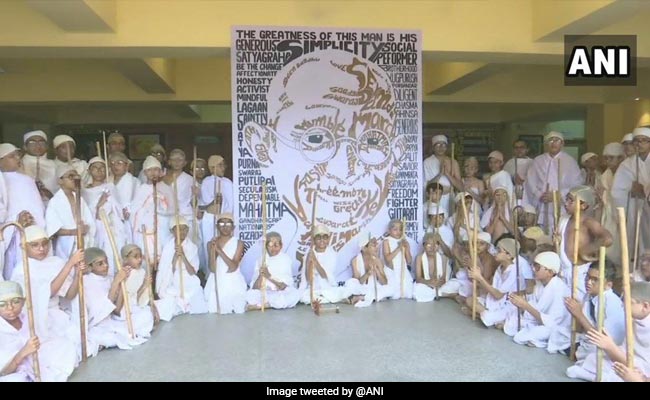 Gandhi Jayanti is celebrated on birth anniversary of Mahatma Gandhi.

To mark Gandhi Jayanti, Mahatma Gandhi's 150th birth anniversary on October 2, students of a Gujarat school wrote 150 words to sketch his portrait. The words scribbled on the portrait described his character traits. Students wrote words like simplicity, freedom fighter, generous, honesty, among others. One of the lines in the portrait read - "In a gentle way, you can shake the world."

Some of the students from the junior batches of HB Kapadia School in Ahmedabad paid tribute to Mahatma Gandhi by dressing up like him. Wearing a dhoti and holding a stick in their hands, the students looked delighted. 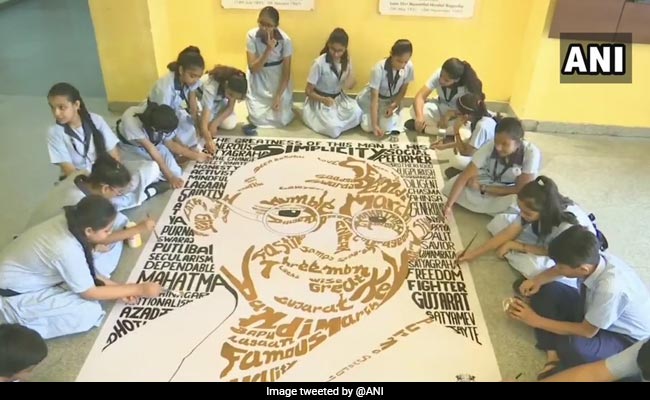 Earlier on Sunday, over 1.16 crore students from more than 50,000 schools planted 1.5 crore saplings as a tribute to Mahatma Gandhi. They had started this activity in June. 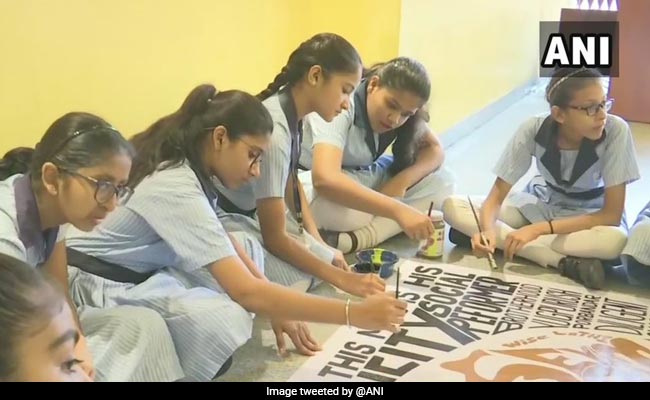 The government is planning cleanliness programmes to mark Mahatma Gandhi's 150th birth anniversary. The day is also observed across the entire world as International Day of Non-Violence. Mahatma Gandhi contributed tirelessly and selflessly to India's freedom struggle. His vision and ideas for India's independence brought the nation together.