Mahatma Gandhi, the pioneer of India's freedom struggle, and Lal Bahadur Shastri, the second Prime Minister of India, were born on October 2. They coined popular national slogans that resonated with masses. 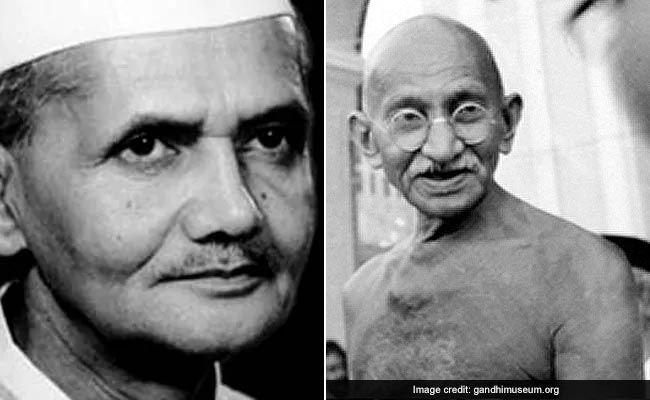 Lal Bahadur Shastri and Mahatma Gandhi were born on October 2.

October 2 is of great national importance for the country as on this day, two great leaders were born on the Indian soil. Mahatma Gandhi, the pioneer of India's freedom struggle, and Lal Bahadur Shastri, the second Prime Minister of India, with their selfless service to the nation, continue to inspire everyone. Some of the best national slogans came from these leaders and are continue to hold relevance. While Mahatma Gandhi coined the slogan "Do or Die" (Karo ya maro), Lal Bahadur Shastri's "Jai Jawan Jai Kisan" (Hail the soldier, hail the farmer) became widely accepted.

Know when and how Lal Bahadur Shastri and Mahatma Gandhi coined these inspiring national slogans:

When Lal Bahadur Shastri took over the prime ministership of India after Jawahar Lal Nehru's death in 1964, India was attacked by Pakistan. During that time, India was reeling under scarcity of food grains. Lal Bahadur Shastri's call for "Jai Jawan, Jai Kisan" inspired the soldiers and the farmers to save the country at the border and from hunger strike. The slogan became hugely popular and filled the country with newer enthusiasm to defend it internally and externally.

Do or Die (Karo Ya Maro)

"Do or die" became a very popular slogan during India's fight for freedom against the British. Mahatma Gandhi had coined the slogan during a meeting of the All India Congress Committee which took place on August 7, 1942. On the next day, Quit India resolution was passed with an overwhelming majority which declared the immediate end of British rule in India. The slogan was widely accepted with people ready to lay their lives to get India its independence from the British rule.