4 Arrested In Mumbai For Leaking 'Game Of Thrones' Episode 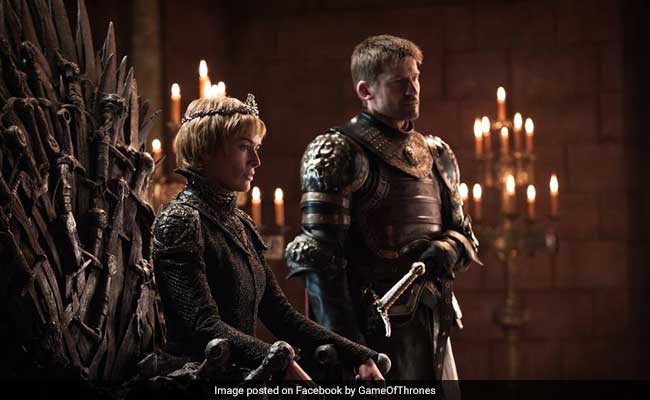 Game of Thrones has more Emmy Awards than any narrative show in history.

Mumbai: Four people have been arrested for leaking an episode from HBO's "Game of Thrones" television series before it was aired in the country, police said Monday.

Already the most pirated show in TV history, the popular fantasy drama -- which tells the story of noble families vying for the Iron Throne -- has been plagued by leaks in recent weeks following the premiere of the seventh season.

After receiving a complaint for a company "we investigated the case and have arrested four individuals for unauthorised publication of the fourth episode from season seven," Deputy Commissioner of Police Akbar Pathan told AFP.

He said the four -- accused of criminal breach of trust and computer-related offences -- would be detained until August 21 amid an investigation.

The case was filed by a Mumbai-based company responsible for storing and processing the TV episodes for an app, local media said.

The four arrested were company employees who possessed official credentials giving them access to the episodes, the reports added.

Game of Thrones has more Emmy Awards than any narrative show in history and airs in 170 countries, with viewership figures shattering records across the world.

As well as being a hit globally, it has a massive fan base in South Asia.

Promoted
Listen to the latest songs, only on JioSaavn.com
Showrunners David Benioff and DB Weiss last year announced the shortened run of seven and six episodes for the final two seasons and confirmed the summer return for season seven, a departure from the usual April premieres.

The show has been teasing winter's arrival since its pilot episode in 2011, and in the latest episode preview "Death Is The Enemy" has finally moved closer to showcasing a battle between a horde of undead "White Walkers" from the frozen North and a troop of warriors led by hero Jon Snow (Kit Harington).