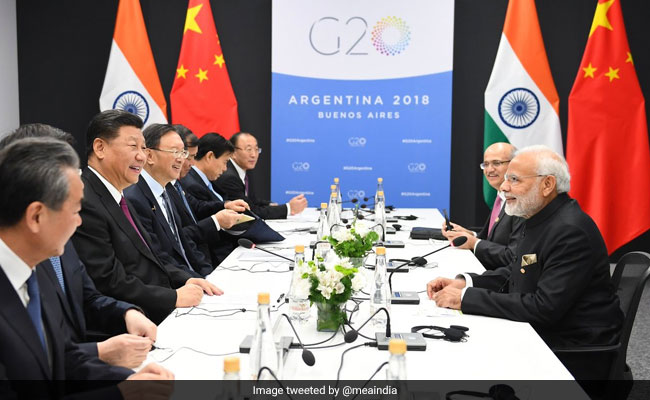 Prime Minister Narendra Modi met Chinese President Xi Jinping on the sidelines of the G20 Summit in Argentina's capital Buenos Aires today, with both leaders saying 2018 was a good year for India-China ties but the coming year would be better. This was the fourth meeting between the two leaders this year.

Speaking to reporters after the meeting, Foreign Secretary Vijay Gokhale said "Both leaders said they felt the border management has improved."

PM Modi also told Xi Jinping that he appreciated that China sharing information on the blockage of Brahmaputra river earlier this year reflects a new confidence and new stability in India-China relations.

PM Modi told the Chinese president that he was looking forward to host him for an informal summit next year. "Today's meeting will be important in proving a direction in terms of strengthening our relations," PM Modi said.

"Such initiatives are helpful in maintaining the momentum," the prime minister said, adding that there "have been two review meetings -- in Qingdao and in Johannesburg. I express my heartiest thanks to you (President Xi) for taking out time for this meeting," the PM said.