G Madhavan Nair, who was the ISRO chairman during 2003-09, was instrumental in India's first Moon mission, the Chandrayaan-1. 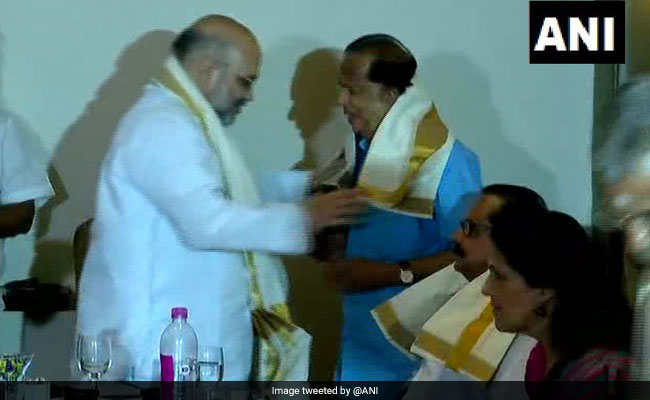 G Madhavan Nair was named by the CBI as an accused in the Rs 578-Crore Antrix-Devas scam.

Mr Nair, who was the ISRO chairman during 2003-09, was instrumental in India's first Moon mission, the Chandrayaan-1.

He was named by the CBI as an accused in the Rs 578-Crore Antrix-Devas scam after serving as the chairman of the governing body of the Antrix corporation, the commercial arm of ISRO.

In January 2005, a Rs. 1400 crore deal was inked between Antrix and Devas Multimedia Limited to deliver video, multimedia and information services to mobile receivers and mobile phones through satellite. ISRO was meant to build and launch two satellites, which were to be leased out to Devas.

The chargesheet said the deal had violated the guidelines set by ISRO. The CBI alleged that Mr Nair and other officials of ISRO and the Department of Space wrongfully leased out S-Band, a restricted wavelength of the INSAT satellites, to Devas Multimedia.

The CBI also said Antrix sought approval for building of the satellite, suppressing facts from the union cabinet. Devas had claimed that they had ownership and rights to use intellectual property in designing digital multimedia receivers and commercial information devices. The agency said it was a false claim.

Mr Nair has denied any wrongdoing and blamed vested interests.

"There was nothing wrong in the deal and I do not know how the chargesheet has come. There was vested interest behind this and the previous ISRO chairman K Radhakrishnan had given wrong statements," Mr Nair had said.

In December last year, Mr Nair was granted bail by a Delhi court in the case.

Ahead of the next year's general elections the BJP has been adding noted personalities to the party fold. Recently, Amit Shah inducted actor-turned-politician P Babu Mohan into the party. Religious guru Swami Paripoornananda also joined the party in Telangana.

Promoted
Listen to the latest songs, only on JioSaavn.com
Comments
G Madhavan NairISROBJP