Funds Dried Up, 4 Key Rail Links to China Border at a Standstill 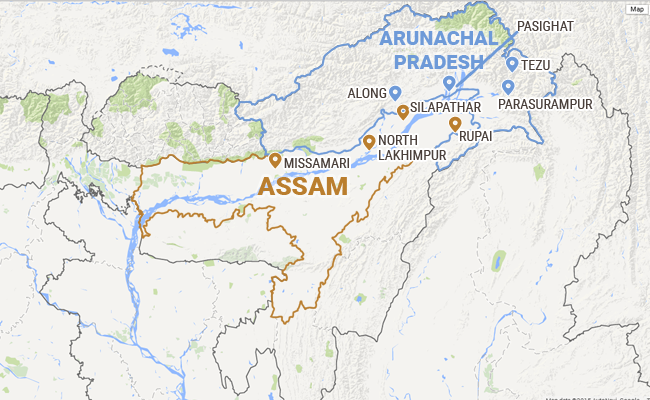 A map showing the major points that are proposed to be connected by the new rail link.

New Delhi: Four critical railway lines that will connect the Chinese border to the Indian hinterland and allow quick troop movement face an uncertain future due to lack of funds. The case is now before Prime Minister Narendra Modi.

But these four lines are the most critical of the 14 planned to help rapid troop movement to the border. The construction is expected to take at least eight years.

Top sources told NDTV that PM Modi and the Cabinet will soon consider whether or not to use alternate methods to fund the projects - like private participation and equity participation from states. The lines are expected to benefit Arunachal Pradesh and Jammu and Kashmir by increasing tourist flow.

The lines include the approximately 500-km Bilaspur-Mandi-Manali-Leh line, and a nearly 400-km one connecting Missamari in North Assam to the Tawang in Arunachal Pradesh.

Unlike China - which has already constructed high-speed railways connecting the 3,448 km Line of Actual Control to the hinterland - this will be India's first foray to connect the upper Himalayas with the plains.

The Chinese border infrastructure allows the People's Liberation Army to rapidly ferry troops across the Tibetan plateau to the border.

The 500-km all-weather Leh-Bilaspur link is expected to pass through Upshi in Ladakh bypassing two important conflict points in Leh - Demchok and Chumar. In the recent past, both areas have seen several transgressions by Chinese soldiers.

The line connecting Tawang - an area claimed by China - is one of the most critical. Currently, troops in Nagaland, Manipur and Mizoram cannot cross the Brahmaputra river and are forced to take a long and circuitous route.

The other two lines will connect the remotest parts of Arunachal Pradesh to Assam.