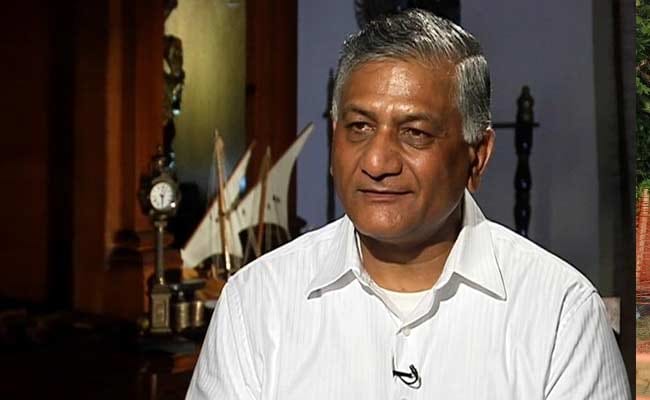 A certain right honourable out-of-work former MP a couple of days ago decided to make a straight-faced 'admission' to the People of India that the insinuated Coup story carried by a national newspaper in 2012 'was unfortunately true'.

In my autobiography, Courage & Conviction, I had devoted two paragraphs to this ludicrous story, which had been written out of pique or on instructions of his mentor in the then PMO, by the editor of the newspaper (I believe he had felt insulted that there was another media person - who he considered inferior to him - present when he came to me to seek clarification about such rumours or the pique was because I had refused to do the Walk the Talk programme of his). The 'story' that was subsequently picked up by the entire national media was nothing but pure bunkum and everyone in the chain of command knew it and said so. Mr Coupta, the editor, in question, had egg all over his face and even rookie journalists across the country were laughing at him.

Mr Coupta, of course, having done the damage, has now spent the last few years trying to get away from the lingering smell of his own creation, which will probably haunt him for the rest of his life. Perhaps when his hour or reckoning comes, in his conscience the Coup story will have competition from the sensationalized article that he wrote about the Golden Temple attack in 1984. Anyone interested in seeing what he had to say then can easily get the story from the archives. He even had artillery firing from Jallianwala Bagh! 'National Interest' indeed!!

Then along comes Mr T, until yesterday the brash face of the party in power, who despite knowing the facts of the case fully well, decides to brazenly tell a lie. He is much too intelligent a person not to know what he was doing or saying and he is a lawyer too. Let me also emphasize that by trying to get at me he has once again caused collateral damage to the 13 lac strong patriotic force that protects the country and so that he and Mr Coupta can sleep peacefully. In one stroke he has cast doubts not only on the integrity of this force but also of the government he was a part of and the then RM and PM - both men who are held in high esteem by his own Party.

As has been the case in the past, there are plenty of Mr Coupta's colleagues out there who immediately focused on Mr T's remark and made shrill pronouncements on TV. Before I knew it, I had mikes being thrust at me from all quarters asking for a 'byte'.

Despite being sick and tired of constantly defending myself from fabricated stories, I once again repeated that the story was pure rubbish and suggested to Mr T and his followers to read my book.

Mr T promptly retorted that he will certainly do so if I promise to read his book, which is in the offing, whatever that means! Normally, out of politeness and as a courtesy to a fellow human being, I would agree. But in Mr T's case, I see no reason why I should, since he has already established, in the one stroke of opportunistic sensationalism, that he has absolutely no regard for the truth.

Since we are talking of military literature, may I suggest that Mr T reads General S. P. P. Thorat's From Reveille to Retreat (republished version is in the offing), Brigadier John Dalvi's Himalayan Blunder and the more recent book by Shiv Kunal Verma 1962: The War That Wasn't. If he is honest with himself and can rise above being a blind camp follower, he will see what the cynical politics of his forefathers did to this country half a century ago.

Using the bogey of a military coup and then by politicizing one of the finest armies in the world, his party presided over an absolute disaster and it was men from my own battalion, 2 Rajput, who paid the price with hundreds of other soldiers. We lost 282 men in one hour while the remainder were wounded and were made POWs. There were just a dozen or so survivors - that is why I'm getting 'antsy'. My sworn oath to protect this country means one has to not just look beyond the borders but also tackle the likes Mr T and Mr C.

It's a vicious circle - Mr T gives Mr Coupta a certificate on the bidding of some vested party; Mr Coupta goes on TV to give Mr T a slap on the back for being a politician who has the guts to back him up and hey presto, the world is a happy place as Mr T and Mr C are both back in the headlines. Apart from the venerable old Mr Mani Shankar Aiyar, the wise one who asked Pakistan to help him in bringing down the elected Prime Minister of this country, I really cannot hear anyone even from Mr T's party applauding.

As for the media, especially a particularly shrill channel that seems to have a single point agenda where the anchor suffers from a regular period of outrage everyday at 9 p.m., my simple advice is please grow up. This was a laughable story in 2012, it is a laughable story today. May I remind you that in the words of Rudyard Kipling, the unforgiving minute is sixty seconds worth of distance run... so please stop wasting the time of this country. There are too many pressing problems that need attention. Leave some of us alone to do our job.
Comments
General VK SinghFormer Army Chief2012 troop movement