For Himanta Biswa Sarma, the state's top job is a culmination of a long and arduous journey that started at the All Assam Students' Union. 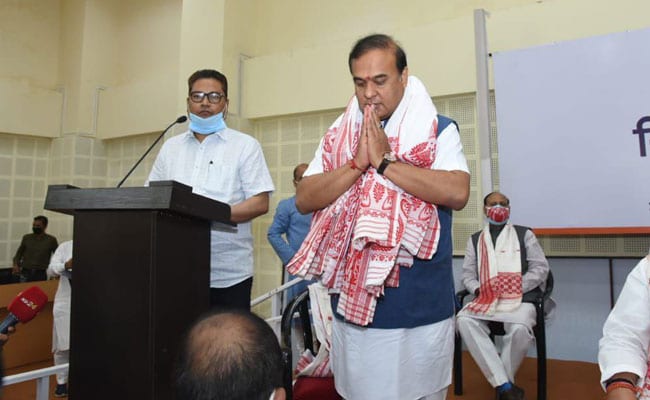 Himanta Biswa Sarma, 52, will succeed Sarbananda Sonowal as the 15th Chief Minister of Assam after the BJP-led alliance won with a landslide of 75 seats in the assembly elections, the results of which was declared on May 2. The BJP alone had won 60 seats.

Mr Sarma, who held important portfolios such as Health, Finance, Education and PWD and Mr Sonowal, a former Union Minister dubbed "Jatiya Nayak" in the state -- were the front-runners for the post.

For Mr Sarma, the state's top job is a culmination of a long and arduous journey that started at the All Assam Students' Union. He was the General Secretary at the prestigious Cotton College Union Society in 1991-1992 while pursuing a masters' degree in Political Science.

Being in AASU that once spearheaded the Assam Agitation - from 1979 to 1985 -- Mr Sarma grew closer to Prafulla Kumar Mahanta, who was the face of regionalism in the state and Bhrigu Kumar Phukan of the Asom Gana Parishad, formed after the signing of the Assam Accord 1985.

But for him, the real political journey began in the mid-'90s when Congress's then Chief Minister Hiteswar Saikia -- considered the craftiest CM the state has ever had - brought him into the Congress. That paid dividends years after his death, when Mr Sarma beat his political mentor Bhrigu Phukan in Jalukbari constituency in 2001.

In the Congress, he became then Chief Minister Tarun Gogoi's "blue-eyed-boy" and handled multiple portfolios.

But they had a fall-out in 2013 after Tarun Gogoi decided to project his son Gaurav Gogoi, narrowing Mr Sarma's ambition of succeeding him to the top job.

Finally, after a two-year-long dissidence, Mr Sarma walked out with 10 other MLAs to join the BJP.

During his tenure at the Congress, Mr Sarma also got entangled in various controversies -- the allegations of involvement in Louis Berger bribery scam and the Sardha Chit Fund case. Though not convicted in any, they continue to haunt his political career.

Since joining the BJP, Mr Sarma had not only handled prime portfolios -- Finance, health, Education and PWD -- he also opened the doors to the northeast for the BJP as the convenor of the North East Democratic Alliance.

In Arunachal Pradesh, he crafted a coup that upstaged the Congress. In Manipur, he stitched up a BJP alliance in 2017. His deal-making ensured a BJP government in Meghalaya as well.