From Junior Engineer To Godman: The Rise, Arrest And Fall Of Rampal

The Satlok Ashram in Barwala, Hisar, from where Rampal was arrested, also housed 150 private security guards of the self-declared guru. 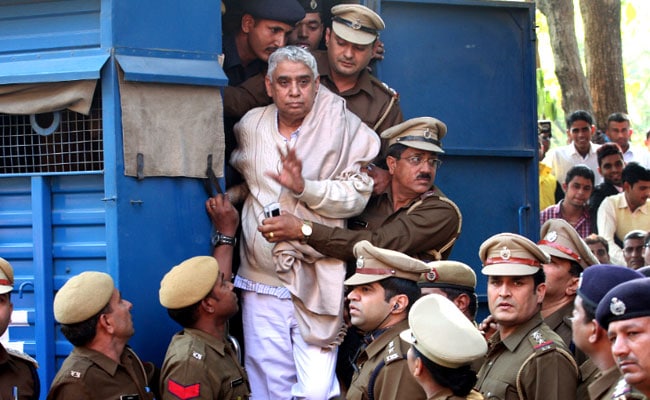 Once he was arrested, other cases too came tumbling out against Rampal

Self-styled godman Rampal, 67, who was convicted in two cases of murder by a court in Haryana on Thursday is no stranger to controversies. Born Rampal Singh Jatin in Dhanana village in Sonepat district, he obtained a diploma from the Industrial Training Institute (ITI) in Nilokheri, Karnal.

He worked as a junior engineer in the Haryana Government's irrigation department, but Rampal felt he was cut out for bigger things in life. He quit his job in 1996. Three years later, he set up Satlok Ashram (a religious centre), declaring it a socio-cultural movement in Haryana.

He had by then declared himself an incarnation of Kabir. He gave up his earlier avatar as a devotee of Lord Krishna and Hanuman. In four years, size of his followers swelled and he founded several ashrams in Jhajjar and Rohtak in Haryana. His diktats were lapped up by his followers and he appeared to be saying all right things. He had prohibited "unnecessary charity," something godmen are not known for doing.

"You do not have to give anything in form of charity anywhere and to anyone. Neither money, nor unstitched clothes etc, nothing", he once said. His followers were also banned from practicing untouchability, adultery and 'vulgar' singing and dancing.

As he grew in stature as a self-styled guru, his rubbing the law the wrong way became a norm. Following many complaints, he was arrested by Haryana police in November 2014. But the arrest had to happen at night after over 15,000 followers, including women and children who were kept as human shields in his ashram, were forcibly evacuated. The Satlok Ashram in Barwala, Hisar, from where Rampal was arrested also housed 150 private security guards of the self-declared guru. About 270 people had been detained, 20 of them were held on charges violence, during the police operation to arrest him. It was like the law finally catching up with the evasive godman. The Special Investigation Team (SIT) of the Haryana Police, which had conducted the search operation at his ashram after his arrest, found a huge cache of arms and ammunition. Once he was arrested, other cases too came tumbling out against Rampal.