Former Bengal Chief Minister Buddhadeb Bhattacharjee was the first to decline yesterday. Since then, two eminent artistes from the state, tabla maestro Pandit Anindya Chatterjee and eminent vocalist Sandhya Mukhopadhyay, have said they too, have turned down the awards 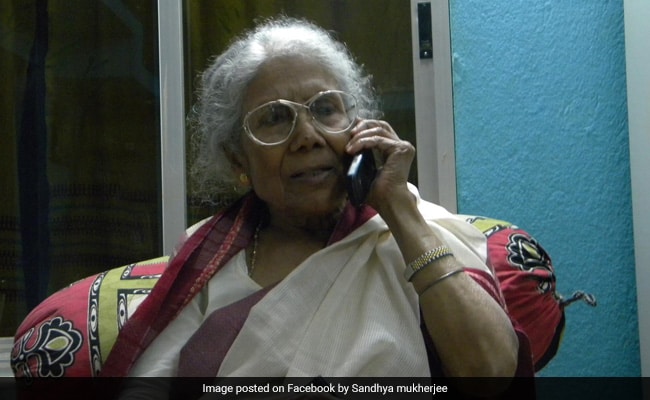 All three people from Bengal on the BJP-led government's honour list have refused the Padma awards -- a situation deeply embarrassing in a state where the BJP suffered a stunning electoral defeat last year. Former Chief Minister Buddhadeb Bhattacharjee -- an arch critic of the party and Prime Minister Narendra Modi -- was the first to decline yesterday. Since then, two eminent artistes from the state, tabla maestro Pandit Anindya Chatterjee and eminent vocalist Sandhya Mukhopadhyay, have said they too, have turned down the awards, which, meanwhile, have sharpened the rift within the opposition Congress.

Sandhya Mukhopadhyay, the 90-year-old who has a singing career spanning eight decades, refused a Padma Shri -- the fourth highest civilian honour -- saying it suits a junior artiste and not someone of her stature.

Ms Mukherjee's daughter Soumi Sengupta said when the call on the award came from Delhi, her mother told the senior official that she felt "insulted" at her being offered the award at her age.

"Padma Shri is more deserving for a junior artiste, not 'Gitasree' Sandhya Mukhopadhyay. Her family and all the lovers of her songs feel," Ms Sengupta said.

One of the finest vocalists of Bengal, Sandhya Mukhopadhyay received the "Banga Bibhushan", West Bengal's highest civilian award, in 2011 - the year it was instituted by chief minister Mamata Banerjee, and a National Film Award for Best Female Playback Singer in 1970.

"However I politely declined. I said thank you but I am not ready to receive Padma Shri at this phase of my career. I have passed that phase," said the eminent percussionist, who received the Sangeet Natak Akademi award in 2002, reported news agency Press Trust of India.

A disciple of Pandit Jnan Prakash Ghosh, he has performed at the Rastrapati Bhavan in the past and was the youngest tabla player to perform in the British Parliament's House of Commons in 1989.

Yesterday, Buddhadeb Bhattacharjee, who was conferred the Padma Bhushan, the third highest civilian award, promptly issued a statement declining it.

Public refusal of Padma awards after the announcement is extremely rare. Under the protocol, the awardees are mandatorily informed about the award in advance and the list is announced only after they accept.

In Mr Bhattacharjee's case, home ministry officials explained the flub saying the call was received by his wife, who had thanked the Home Secretary for the award.

The Congress, meanwhile, stands divided over the Padma Bhushan to senior leader Ghulam Nabi Azad, with leaders who called for a sweeping organisational change are openly sparring with Gandhi family loyalists.

While leaders like Anand Sharma, Kapil Sibal and Shashi Tharoor have congratulated Mr Azad over the government recognition, senior leader Jairam Ramesh has commended Buddhadeb Bhattacharjee's refusal of the award."Right thing to do. He wants to be Azad not Ghulam," his tweet read.