The war games, part of the Garuda series of Naval exercises between India and France, involve a number of frontline warships and submarines of both sides. 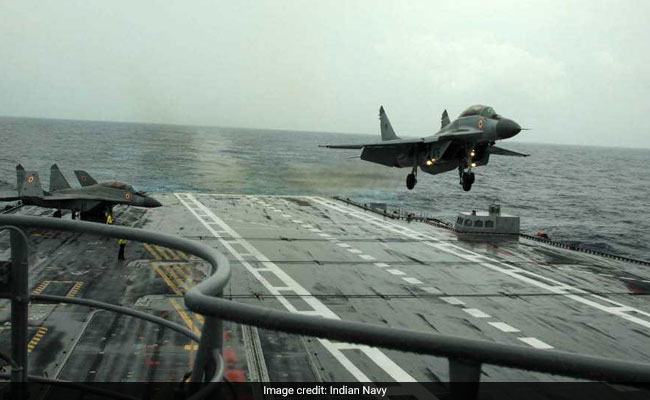 In the biggest-ever Naval war games between India and France, Indian Navy MiG-29K fighters will be going head-to-head against French Navy Rafale fighters for the first time.

The war games, part of the Garuda series of Naval exercises between India and France, involve a number of frontline warships and submarines of both sides.

The exercises are being held in two phases. The harbour phase is being held in Goa while the sea-phase will involve air to air exercises involving the Navy's MiGs and the French Rafales. 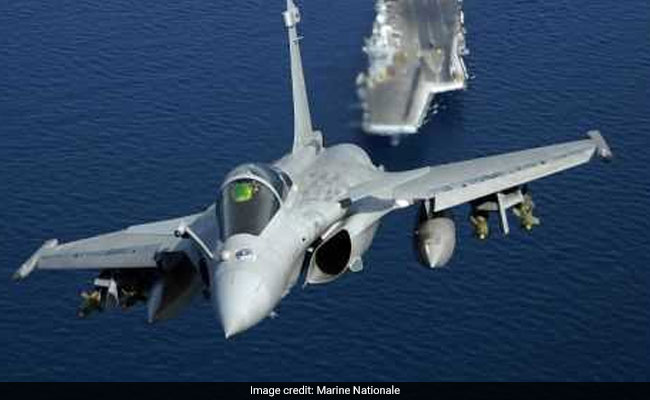 Rafales have been heavily involved in combat operations in Libya, Afghanistan and Syria

Both sides will sail out to the Horn of Africa for the final phase of the exercises in Djibouti where the French armed forces operate a major base.

France is a major strategic ally of India and both Navies have been working towards interoperability in the Indian Ocean since the Varuna series of exercises began in 2001.

The highlight of these exercises is likely to be the air combat exercises between the frontline jets of both sides. Since India acquired the Russian-built INS Vikramaditya in 2013, the Navy has substantially increased the number of its pilots fully qualified to operate off the INS Vikramaditya. A number of these pilots are also night-qualified, giving them the ability to launch from the deck of the aircraft carrier in most weather conditions, by day or by night to intercept enemy aircraft.

The exercises which will be held during the sea phase, are likely to test the skills of the fleets in offensive and defensive operations. Several fighters will be simultaneously deployed in the exercises which will be held by day and night. Airborne warning aircraft of both sides (France operates the US-made Hawkeye and the Indian Navy operates the Russian Ka-31 helicopter) will coordinate the air battle which will also see the two fighters dogfighting against each other. Depending on their assigned roles, the fighters would also be targeting ships in the formation. Details of the specific exercises which are to be held are still being discussed between the participants.

The Rafale fighter, being operated by the French Navy, is a variant of the Rafale fighter being acquired by the Indian Air Force from September onwards and has been operational with the French Navy since December 2000. These aircraft have been heavily involved in combat operations in Libya, Afghanistan and Syria and are flown by some of France's most experienced combat aviators.

The Indian Navy MiG-29K is a development of the fighter which first entered service with the Indian Air Force in the eighties. A multi-role jet, the MiG-29K is designed to take on opposing aircraft in addition to hitting targets out at sea using anti-ship missiles when required.

The Indian Navy operates 45 MiG-29Ks, which are also meant to be deployed onboard the INS Vikrant, the new aircraft carrier being constructed in Kochi.

The MiG-29K has been plagued by serviceability issues in Indian Navy service. A Comptroller and Auditor General report stated that the jets were available for operations only between 15.9 to 37.6 per cent of the time between 2010 and 2014, depending on the variant of the fighter being used. The Navy has said that these were teething problems that it has been working to overcome.

The Indian Navy is also considering the purchase of other carrier-borne fighter jets, a multi-billion dollar competition for a deal which will involve a fly-off between jets like the Dassault Rafale and the Boeing F/A-18 E/F Super Hornet.