At previous hearings, the Supreme Court's Constitution Bench have remarked that there was a need to balance national interest and right to privacy as well as indicated that they may not rule against Aadhaar on the ground that the identification programme may be misused. 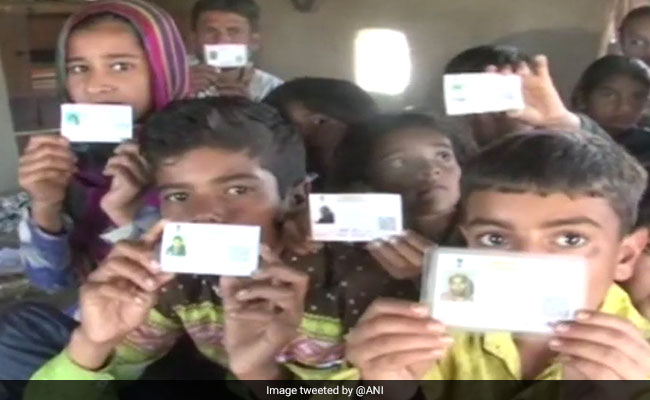 NEW DELHI: The legal challenge to the Aadhaar identification programme is the most important case ever heard by the Supreme Court, more important than the 1976 verdict in which the top court upheld suspension of fundamental rights during Emergency, senior lawyer Kapil Sibal told five judges of the Supreme Court today.

The bench, headed by the Chief Justice of India Dipak Misra, is examining the constitutional validity of Aadhaar challenged in petitions that contend the Aadhaar programme violates an individual's fundamental right to privacy.

"This judgment will decide the course that this country takes," Mr Sibal, also a senior Congress leader who is representing the West Bengal government in this case, said.

At previous hearings, judges have remarked that there was a need to balance national interest and right to privacy. On other occasions, the court has indicated that it would not be inclined to rule against Aadhaar on the ground that it could be misused or that people could be denied benefits due to the Aadhaar law.

In course of Tuesday's hearing, Mr Sibal attempted to drive home the point that the court's verdict would have more far-reaching consequences than had been commonly understood.

The ADM Jabalpur case, he said referring to the 1976 court ruling upholding then Prime Minister Indira Gandhi's decision to suspend fundamental rights during Emergency, was only about a limited regime. The implication of the verdict Aadhaar case, in contrast, would be unlimited.

Mr Sibal's reference to the 1976 verdict was interesting.

One of the four judges who had delivered that verdict was Justice YV Chandrachud.

Forty years later, his son, Justice DY Chandrachud is one of the five judges hearing the Aadhaar case.

At the hearings on Aadhaar law, Justice Chandrachud, 58, who is known for speaking his mind, has often questioned the petitioners about their reservations to making Aadhaar mandatory for all citizens.

As the court heard Mr Sibal talk about how the Aadhaar law took away the rights of individuals to produce any identity proof, Justice Chandrachud wondered aloud if the provision to produce Aadhaar could be seen as reasonable restriction.

"The moment you impose a condition, you're denying a citizen of his rights. No defence can be taken from state like infrastructure is not in place," Mr Sibal said. But doesn't there have to be some proof of a person's entitlement to the facility, the judge asked.

Mr Sibal responded that Aadhaar doesn't establish a person entitlement. As long as one can prove his identity for the purpose of that entitlement by any method, he should be entitled to the benefits.