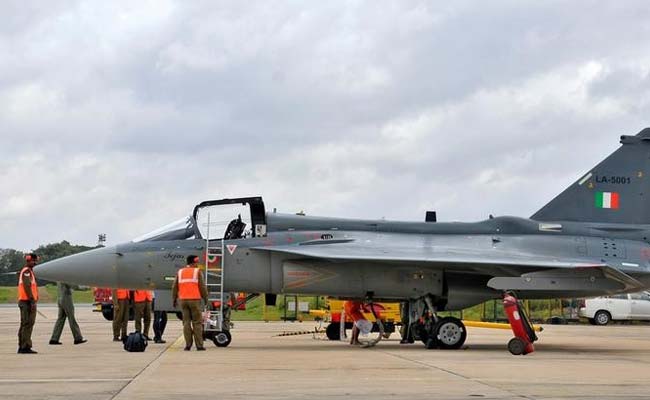 The Tejas fighter was inducted into the Indian Air Force on July 1st. (File photo)

New Delhi: France has offered to help India revive the unsuccessful Kaveri engine project for indigenous Tejas aircraft and a host of other high-end collaboration as part of the offsets in the multi-billion Euro Rafale fighter plane deal which is now in the final stages.

Defence sources said the file on the purchase of the 36 Rafale aircraft in a fly-away condition from France has been finalised and is likely to be put up before Prime Minister Narendra Modi soon.

The estimated cost of the deal is about 7.89 billion Euros and entails a 50 per cent offset clause.

Under the offset agreement, which was discussed last year, the French side has made a 30 per cent offset commitment for military aerospace research and development programmes and the rest 20 per cent for making components of Rafales here.

The offsets will be carried out by French companies Safran, Thales, MBDA and Dassault, all part of the Rafale project.

As per the initial agreed points, the French have offered to provide stealth, radar and thrust vectoring for missiles technologies besides others to DRDO and domestic defence firms.

"The French government has in principle agreed on these points under the offset commitments. Once a final contract for 36 Rafale aircraft is signed, the French government will give subject wise clearance and concrete talks will start," a defence source said.

The French have also agreed in principle to collaborate on the Kaveri engine which lacks the real power thrust needed to fly the Tejas.

An upgraded Kaveri engine with 90 kN thrust compared to the existing 72 kN can be developed with French cooperation which can eventually be used for Tejas which currently uses an American engine.

"The negotiations on offsets were carried out last year with DRDO and some other agencies. Once the contract for the Rafales is signed, there will be a six months window to finalise the offset," a source said.

The French are hoping that they will have a bigger share in the Indian defence market and see the Rafale contract as a great breakthrough. They are also hoping that India will eventually go in for more Rafale aircraft, possibly under the 'Make in India' route.