"I will work under the leadership of Mamata Banerjee and Abhishek Banerjee till my last breath," Mainul Haque claimed. 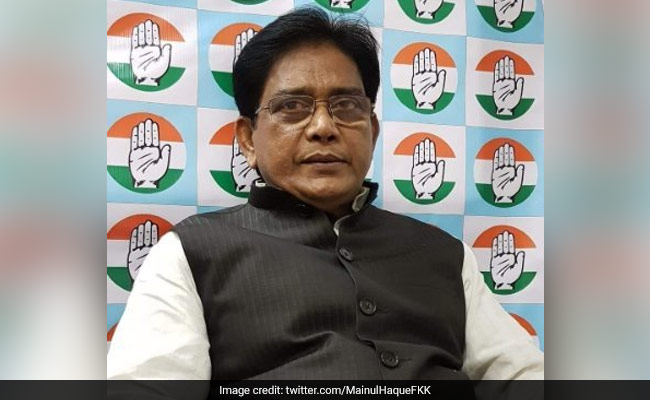 Mr Haque, who sent his resignation letter to interim Congress president Sonia Gandhi on Tuesday, joined the state's ruling party in the presence of its national general secretary Abhishek Banerjee.

Samserganj, where elections were earlier countermanded following the death of Congress candidate Rezaul Haque, is scheduled to go to polls on September 30.

"I want to fight the communal BJP in the state in a more apt manner and meet the aspirations of people I once represented. This would not have been possible if I continued as a Congress member," Mr Haque explained.

He insisted that his move was not prompted by any desire to get a plum post in his new party "as I have nothing more to gain at this stage of my political career. I had been an MLA for 25 years," Mr Haque, who was defeated in the March-April assembly polls, said.

"I will work under the leadership of Mamata Banerjee and Abhishek Banerjee till my last breath," he claimed.

"Haque is a veteran politician. He will add more might to our party in the district," he said.

Adhir Ranjan Chowdhury, the state Congress president, stated that he would not want to say much about the switchover.

"If someone wants to leave, how can I stop that person?" Mr Chowdhury added.