For Tubelight, Salman Khan Went On Ali Asgar's Show And Not Kapil Sharma's 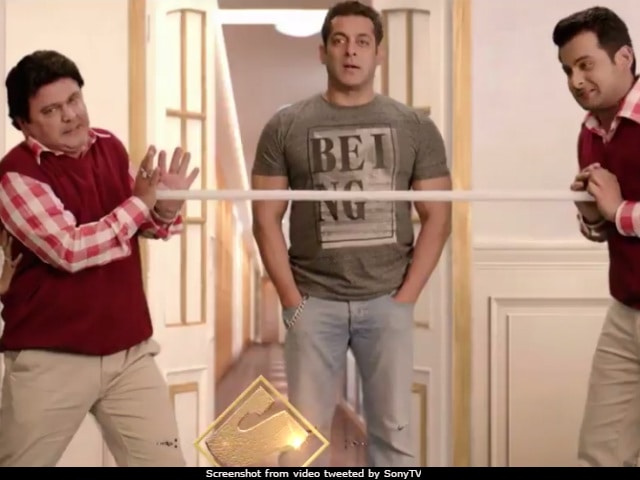 The 51-year-old actor had earlier promoted Sultan in 2015 and Bajrangi Bhaijaan the following year on The Kapil Sharma Show. For the uninitiated, Kapil Sharma verbally abused and physically assaulted Mr Grover when the show's team was on a flight back from Australia. Mr Sharma was widely criticised for his alleged assault by fans of the show - a reflection of which is the sharp dip in the viewership of his show. Mr Grover quit the show and Ali Asgar, Sugandha Mishra and Chandan Prabhakar followed. It was reported that celebrities also refused to feature on Kapil Sharma's show.

Watch the promo of Supernight With Tubelight:

Get ready to welcome Laxman Singh Bisht in your town! But before that, meet him very soon in @SupernightWithTubelight on Sony TV. pic.twitter.com/qnnM6lZUq8

Promoted
Listen to the latest songs, only on JioSaavn.com
Sunil Grover is currently in Prague for a live show and accompanying him are Sugandha Mishra and music composer Anu Malik. In May, he performed a comedy gig on Sabse Bada Kalakaar along with Ali Asgar and Chandan Prabhakar.

Meanwhile, The Kapil Sharma Show did not make it on air last Sunday. The June 4 episode was expected to feature Paresh Rawal but reportedly could not be shot after Mr Sharma was rushed to the hospital and treated for high blood pressure.