For Kamala Harris, Advice From Uncle As She Preps For Historic Office

G Balachandran had also spoken to Kamala Harris, his sister's daughter, after Joe Biden won the presidential race in November.

Kamala Harris was born to an Indian mother, Shyamala Gopalan, and a Jamaican father

Hours before Kamala Harris's historic inauguration as US Vice President, her ancestral village in Tamil Nadu celebrated with firecrackers, sweets and customized calendars of their most famous face.

Kamala Harris's uncle, an academic who lives in Delhi, had advice for her.

"There's no message I can give, I didn't help her become Vice President. She did all on her own. All that I'll tell her is 'do whatever Shyamala (Kamala Harris' mother) taught you. You've been doing fine so far, keep it up.' It's all I can say," G Balachandran told news agency ANI.

Mr Balachandran had also spoken to Kamala Harris, his sister's daughter, after Joe Biden won the presidential race in November.

Kamala Harris's maternal grandfather was born over a century ago in Thulasendrapuram, a village about 320 km from Chennai. 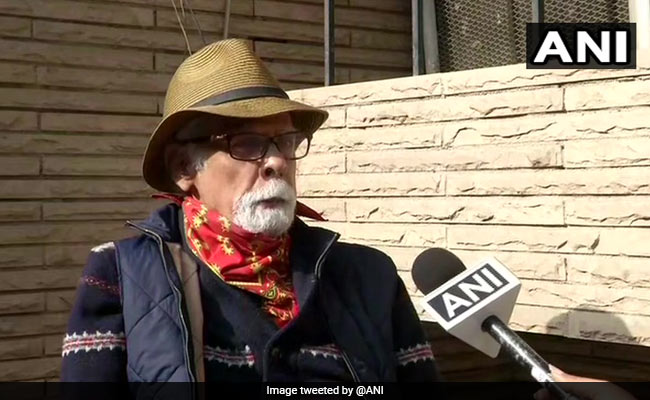 Kamala Harris was born to an Indian mother, Shyamala Gopalan, and a Jamaican father, both of whom immigrated to the United States to study. She visited Thulasendrapuram when she was five and has recalled walks with her grandfather on the beach at Chennai.

The village looked festive as it prepared for the watch party.

People of the village made the traditional ''Murukku'' as part of the celebrations. Some offered prayers at the village temple for Kamala Harris.

"All the people of this village are very happy to know that our Kamala Harris who belongs to such a small village, has won the US Vice President race. We are celebrating it like a festival. I have offered prayers to God for Kamala Harris at the nearby temple. All of us in the village are busy with preparations," news agency ANI quote a villager as saying.